Six Degrees of Separation: From What I Loved to The Story of an African Farm 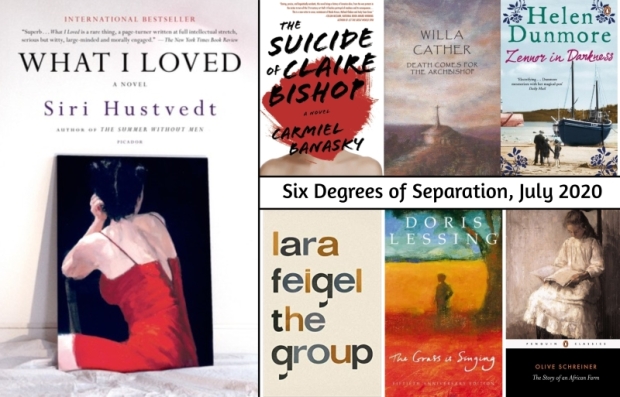 I’m a Six Degrees regular now: this is my sixth month taking part. This time (see Kate’s introductory post) we have all started with Siri Hustvedt’s What I Loved (2003). Narrated by a professor and set between the 1970s and 1990s, it’s about two New York City couples – academics and artists – and the losses they suffer over the years.

#1 The readalike I chose when I read What I Loved for a Valentine’s Day post in 2017 was The Suicide of Claire Bishop by Carmiel Banasky, which I’d covered for Foreword Reviews in 2015 (see here); it shares the themes of modern art and mental illness.

#2 Death + a “bishop” leads me to Death Comes for the Archbishop (1927), which vies with My Ántonia for the top spot from the six novels I’ve read so far by Willa Cather. It’s set in Santa Fe, New Mexico in the nineteenth century. I read it shortly after my trip to Santa Fe for the D.H. Lawrence Society of North America conference in the summer of 2005.

#3 Although I don’t think I’ve read a Lawrence novel in the past 15 years, I still enjoy reading about him, e.g. in Frieda by Annabel Abbs. My next biographical novel that includes DHL and his wife as characters will be Zennor in Darkness by Helen Dunmore (1994).

#4 Although it’s mostly set in London among university friends now in their late thirties or early forties, a few late scenes of The Group by Lara Feigel (brand new; I’ll be reviewing it in full later this month) are set in Zennor, Cornwall.

#5 The other book I’ve read by Lara Feigel is Free Woman, her bibliomemoir about marriage, motherhood and the works of Doris Lessing. My favorite of the six books I’ve read so far by Lessing is The Grass Is Singing (1950), set on a farm in Zimbabwe. 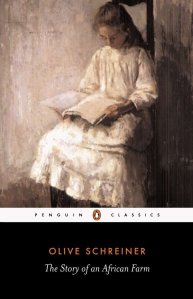 #6 The Story of an African Farm by Olive Schreiner (1883) is one of the novels I wrote about for my MA dissertation on female characters with unconventional religious views in the Victorian novel. In particular, I looked at the intersection of dissenting religious fiction and the “New Woman” novels that paved the way for Modernism. This is an obscure classic well worth picking up for its early feminist perspective; Schreiner was also a socialist and anti-war campaigner.

My chain has featured only books by women again this month: a few classics, a historical novel with real people in it, an updated modern classic (the Feigel – I’ll discuss its debt to Mary McCarthy’s The Group in my review), and more. The themes have included art, death, feminism, friendship, and religion.

Join us for #6Degrees of Separation if you haven’t already! Next month’s starting book is How to Do Nothing by Jenny Odell.

Have you read any of my selections?

Are you tempted by any you didn’t know before?