I’ve been reading twisted fairy tales, a novel about witches and vampires with historical and contemporary timelines, and a subtle work of Gothic horror set on a remote stretch of the English coast. 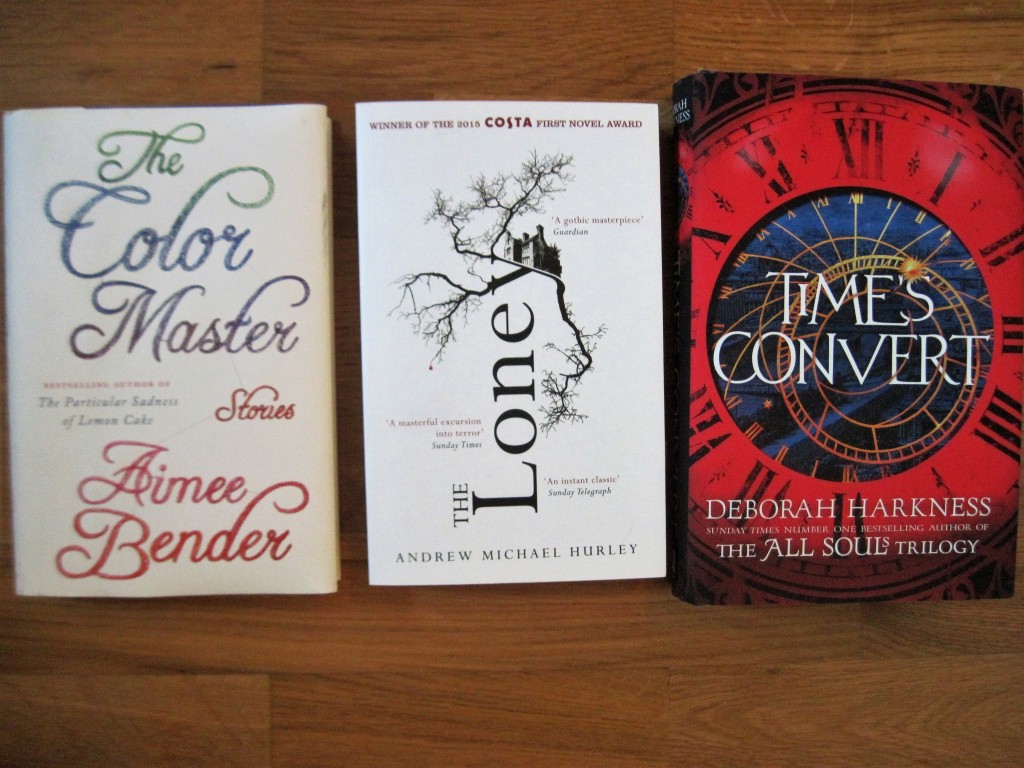 Aimee Bender is best known for The Particular Sadness of Lemon Cake. This is the second collection of her stories that I’ve read. Most have a touch of the bizarre to them – a tiny tweak to normal life – but some are set in completely alternate worlds. One character experiences extreme face blindness; another deludes himself that he was a famously vicious Nazi during the Second World War. Seamstresses take on odd tasks like repairing endangered animals or, in the title story, creating a dress that resembles the moon and embodies female anger. In “Appleless,” vigilantes punish a girl who won’t eat apples, while “The Devourings” is a dark riff on Shrek in which a woman comes to terms with her ogre husband’s innate violence. 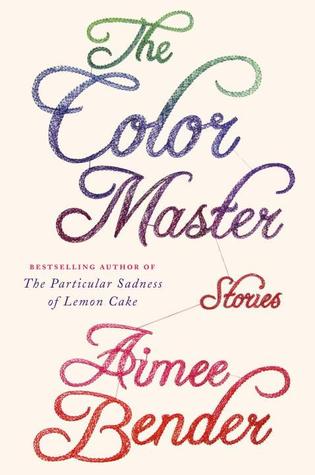 A few favorites were “A State of Variance,” in which a character can’t seem to avoid perfect facial symmetry no matter how he tries to mar his natural beauty, “The Doctor and the Rabbi,” a philosophical conversation between an ill rabbi and her atheist-leaning parishioner, and “The Red Ribbon” (which draws on the same source material as Carmen Maria Machado’s “The Husband Stitch”), about a bored housewife who starts acting out sexual fantasies to try to save her marriage.

Bender deploys a good mixture of voices and protagonists, though at least four of the 15 stories felt unnecessary to me. Her approach is similar to Kelly Link’s and Karen Russell’s, but I’ve failed to get on with their surreal stories before – Bender’s writing is that bit more accessible. I’d recommend her to fans of stories by Amy Bloom and Sarah Hall.

This is a companion volume to Harkness’s All Souls Trilogy, which is like the thinking gal’s Twilight, as written by a historian of science. I read the first book, A Discovery of Witches, in 2011 and surprised myself by completely loving the story of the witch Diana Bishop, who researches alchemy at the Bodleian Library and falls hard for a centuries-old vampire, Matthew de Clermont. Although Time’s Convert is likely intended to stand alone, I felt it could do with a dramatis personae at the start as I’d forgotten who many of the minor characters were.

Diana and Matthew are still major characters, though not at the heart of the book. One strand has Diana and her family staying in the French countryside. She and Matthew now have toddler twins, Philip and Becca, who are just starting to show magical powers: Philip summons a griffon named Apollo as his familiar. Another is set in Paris, where Phoebe Taylor is willingly being transformed into a vampire so she can marry Matthew’s son, Marcus. A final strand recreates Marcus’s experiences during the American and French Revolutions and onward: he was born in Massachusetts in 1757 and was a surgeon during the Revolutionary War before he met Matthew and received the offer of immortality.

I almost always feel that sequels fail to live up to the original. Time’s Convert is most like Shadow of Night, the second book of the series and my least favorite because it spends so much time in 1590s England. Here the three different story lines split my focus and I resented being taken away from Diana’s first-person narration, which is much more engaging than the third-person material. I would only recommend this volume to diehard fans of the series.

With thanks to Headline for the free copy for review.

Note: A television adaptation of A Discovery of Witches recently aired on Sky One in the UK and is coming to North America in January.

The Loney by Andrew Michael Hurley (2014)

The Loney is not a monster, as I suppose I expected, but a place: an isolated coastline in the northwest of England that the narrator and his family visited on pilgrimage with their Roman Catholic congregation every Easter in the 1970s. The narrator, only identified by the nickname Tonto, explores their strange rental house – full of taxidermied animals and hidden rooms, it also has a rifle under the floorboards – and goes to the beach with his mute brother Andrew (“Hanny”). Mummer and Farther hold out hope that their son Hanny will be healed on a visit to the local shrine, and Mummer especially is frustrated that Father Bernard isn’t as strict and devout as their previous priest, Father Wilfred, who died under a cloud of suspicion not long before this trip.

Last year at around this time I read Hurley’s follow-up, Devil’s Day, which has a similarly bleak and eerie atmosphere. Both look at rural superstitions as experienced by outsiders. The Loney was more profound for me, though, in how it subverts religious rituals and posits a subtle evil influence without ever disappearing down doctrinal rabbitholes. It asks how far people will go to get what they want, what meaning there is to human life if there is no supernatural being looking out for us, and – through a framing story set 30 or more years later – how guilt and memory persist. I especially loved the Tenebrae service in a gloomy church featuring Bosch-like horrors in its artwork. This reminded me of a less abstract After Me Comes the Flood and a more contemporary The Short Day Dying; I highly recommend it.

“The Church of the Sacred Heart was an ancient place – dark and squat and glistening amphibiously in the rain.”

“The wind continued to rise and fall. Whining and shrilling. It was as insistent as the priest, louder sometimes, preaching an older sermon, about the sand and the sea.”

Have you been reading anything fantastical or spooky this October?