Recent Writing for BookBrowse, Shiny New Books and the TLS

A peek at the bylines I’ve had elsewhere so far this year.

A Good Neighborhood by Therese Anne Fowler: In Fowler’s sixth novel, issues of race and privilege undermine a teen romance and lead to tragedy in a seemingly idyllic North Carolina neighborhood. A Good Neighborhood is an up-to-the-minute story packed with complex issues including celebrity culture, casual racism, sexual exploitation, and environmental degradation. It is narrated in a first-person plural voice, much like the Greek chorus of a classical tragedy. If you loved Tayari Jones’s An American Marriage, this needs to be next on your to-read list. It is a book that will make you think, and a book that will make you angry; I recommend it to socially engaged readers and book clubs alike.

Pew by Catherine Lacey: Lacey’s third novel is a mysterious fable about a stranger showing up in a Southern town in the week before an annual ritual. Pew’s narrator, homeless, mute and amnesiac, wakes up one Sunday in the middle of a church service, observing everything like an alien anthropologist. The stranger’s gender, race, and age are entirely unclear, so the Reverend suggests the name “Pew”. The drama over deciphering Pew’s identity plays out against the preparations for the enigmatic Forgiveness Festival and increasing unrest over racially motivated disappearances. Troubling but strangely compelling; recommended to fans of Shirley Jackson and Flannery O’Connor. [U.S. publication pushed back to July 21st] 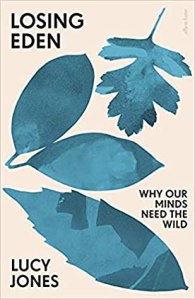 Losing Eden: Why Our Minds Need the Wild by Lucy Jones: While nature’s positive effect on human mental health is something we know intuitively and can explain anecdotally, Jones was determined to investigate the scientific mechanism behind it. She set out to make an empirical enquiry and discovered plenty of evidence in the scientific literature, but also attests to the personal benefits that nature has for her and explores the spiritual connection that many have found. Losing Eden is full of both common sense and passion, cramming masses of information into 200 pages yet never losing sight of the big picture. Just as Silent Spring led to real societal change, let’s hope Jones’s work inspires steps in the right direction.

[+ Reviews of 4 more Wainwright Prize (for nature writing) longlistees on the way!]

The Bass Rock by Evie Wyld: While it ranges across the centuries, the novel always sticks close to the title location. Just as the louring rock is inescapable in the distance if you look out from the Edinburgh hills, there’s no avoiding violence for the women and children of the novel. It’s a sobering theme, certainly, but Wyld convinced me that hers is an accurate vision and a necessary mission. The novel cycles through its three strands in an ebb and flow pattern that seems appropriate to the coastal setting and creates a sense of time’s fluidity. The best 2020 novel I’ve read, memorable for its elegant, time-blending structure as well as its unrelenting course – and set against that perfect backdrop of an indifferent monolith. 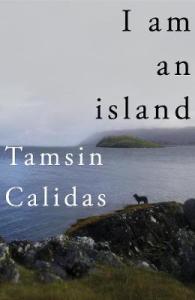 I Am an Island by Tamsin Calidas: A record of a demoralizing journey into extreme loneliness on a Scottish island, this offers slivers of hope that mystical connection with the natural world can restore a sense of self. In places the narrative is a litany of tragedies and bad news. The story’s cathartic potential relies on its audience’s willingness to stick with a book that can be – to be blunt –depressing. The writing often tends towards the poetic, but is occasionally marred by platitudes and New Age sentiments. As with Educated, it’s impossible not to marvel at all the author has survived. Admiring Calidas’s toughness, though, doesn’t preclude relief at reaching the final page. (Full review in May 29th issue.)

We Swim to the Shark: Overcoming fear one fish at a time by Georgie Codd: Codd’s offbeat debut memoir chronicles her quest to conquer a phobia of sea creatures. Inspired by a friend’s experience of cognitive behavioral therapy to cure arachnophobia, she crafted a program of controlled exposure. She learned to scuba dive before a trip to New Zealand, returning via Thailand with an ultimate challenge in mind: her quarry was the whale shark, a creature even Jacques Cousteau only managed to sight twice. The book has a jolly, self-deprecating tone despite its exploration of danger and dread. A more directionless second half leads to diminished curiosity about whether that elusive whale shark will make an appearance. (Full review in a forthcoming issue.)

Dottoressa: An American Doctor in Rome by Susan Levenstein: In the late 1970s, Levenstein moved from New York City to Rome with her Italian husband and set up a private medical practice catering to English-speaking expatriates. Her light-hearted yet trenchant memoir highlights the myriad contrasts between the United States and Italy revealed by their health care systems. Italy has a generous national health service, but it is perennially underfunded and plagued by corruption and inefficiency. The tone is conversational and even-handed. In the pandemic aftermath, though, Italian sloppiness and shortages no longer seem like harmless matters to shake one’s head over. (Full review coming up in June 19th issue.)

Do any of these books (all by women, coincidentally) interest you?