The Circling Sky & The Sleeping Beauties

I think I have another seven April releases on the go that kind publishers have sent my way, but I’m so slow at finishing books that these two are the only ones I’ve managed so far. (I see lots of review catch-up posts in my future!) For now I have a travel memoir musing on the wonders of the New Forest and the injustice of land ownership policies, and a casebook of medical mysteries that can all be classed as culturally determined psychosomatic illnesses.

The Circling Sky: On Nature and Belonging in an Ancient Forest by Neil Ansell

After The Last Wilderness and especially Deep Country, his account of five solitary years in a Welsh cabin, Ansell is among my most-admired British nature writers. I was delighted to learn that his new book would be about the New Forest as it’s a place my Hampshire-raised husband and I have visited often and feel fond of. It has personal significance for Ansell, too: he grew up a few miles from Portsmouth. On Remembrance Sunday 1966, though, his family home burned down when a spark from a central heating wire sent the insulation up in flames. He can see how his life was shaped by this incident, making him a nomad who doesn’t accumulate possessions.

Hoping to reclaim a sense of ancestral connection, he returned to the New Forest some 30 times between January 2019 and January 2020, observing the unfolding seasons and the many uncommon and endemic species its miles house. The Forest has more than 1000 trees of over 400 years old, mostly oak and beech. Much of the rest is rare heath habitat, and livestock grazing maintains open areas. There are some plants only found in the New Forest, as well as a (probably extinct) cicada. He has close encounters with butterflies, a muntjac, and less-seen birds like the Dartford warbler, firecrest, goshawk, honey buzzard, and nightjar. 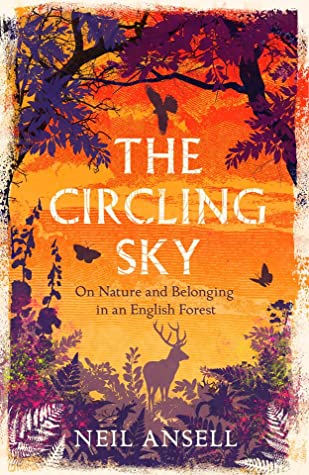 But this is no mere ‘white man goes for a walk’ travelogue, as much of modern nature writing has been belittled. Ansell weaves many different themes into the work: his personal story (mostly relevant, though his mother’s illness and a trip to Rwanda seemed less necessary), the shocking history of forced Gypsy relocation into forest compounds starting in the 1920s, biomass decline, and especially the unfairness of land ownership in Britain. More than 99% of the country is in the hands of a very few, and hardly any is left as common land. There is also enduring inequality of access to what little there is, often along race and class lines. The have-nots have been taught to envy the haves: “We are all brought up to aspire to home ownership,” Ansell notes. As a long-term renter, it’s a goal I’ve come to question, even as I crave the security and self-determination that owning a house and piece of land could offer.

Ansell speaks of “environmental dread” as a “rational response to the way the world is turning,” but he doesn’t rest in that mindset of despair. He’s in favour of rewilding, which is not, as some might assume, about leaving land alone to revert to its original state, but about the reintroduction of native species and intentional restoration of habitat types. In extending these rewilded swathes, we would combat the tendency to think of nature as something kept ‘over there’ in small reserves while subjecting the rest of the land to intensive, pesticide-based farming and the exploitation of resources. The New Forest thus strikes him as an excellent model of both wildlife-friendly land management and freedom of human access.

I appreciated how Ansell concludes that it’s not enough to simply love nature and write about the joy of spending time in it. Instead, he accepts a mantle of responsibility: “nothing is more political than the way we engage with the world around us. … Nature writing may often be read for comfort and reassurance, but perhaps we need to allow a little room for anger, too, for the ability to rage at everything that has been taken from us, and taken by us.” The bibliography couldn’t be more representative of my ecologist husband’s and my reading interests and nature library. The title is from John Clare and the book is a poetic meditation as well as a forthright argument. It also got me hankering for my next trip to the New Forest.

With thanks to Tinder Press for the proof copy for review.

The Sleeping Beauties: And Other Stories of Mystery Illness by Suzanne O’Sullivan

O’Sullivan is a consultant at the National Hospital for Neurology and Neurosurgery. She won the Wellcome Book Prize for It’s All in Your Head, and The Sleeping Beauties picks up on that earlier book’s theme of psychosomatic illness – with the key difference being that this one travels around the world to investigate outbreaks of mass hysteria or sickness that have arisen in particular cultural contexts. An important thing to bear in mind is that O’Sullivan and other doctors in her field are not dismissing these illnesses as “fake”; they acknowledge that they are real and meaningful, yet there is clear evidence that they are not physical in origin – brain tests come back normal – but psychological with bodily manifestations. 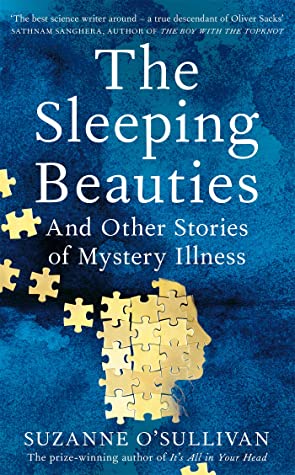 The case that gives the book its title appeared in Sweden in 2017. Child asylum seekers who had experienced trauma in their home country were falling into a catatonic state. O’Sullivan visited the home of sisters Nola and Helan, part of the Yazidi ethnic minority group from Iraq and Syria. The link between them and the other children affected was that they were all now threatened with deportation: Their hopelessness had taken on physical form, giving the illness the name resignation syndrome. “Predictive coding” meant their bodies did as they expected them to. She describes it as “a very effective culturally agreed means of expressing distress.”

In Texas, the author meets Miskito people from Nicaragua who combat the convulsions and hallucinations of “grisi siknis” in their community with herbs and prayers; shamans are of more use in this circumstance than antiepileptic drugs. A sleeping sickness tore through two neighbouring towns of Kazakhstan between 2010 and 2015, affecting nearly half of the population. As with the refugee children in Sweden, it was a stress response to being forced to move away – though people argued they were being poisoned by a local uranium mine. There is often a specific external factor that is blamed in these situations, as when mass hysteria and seizures among Colombian schoolgirls were attributed to the HPV vaccine.

This book was released on the 1st of April, and at times I felt I was the victim of an elaborate April Fool’s joke: the cases are just so bizarre, and we’re used to rooting out a physical cause. But she makes clear that, in a biopsychosocial understanding (as also discussed in Pain by Abdul-Ghaaliq Lalkhen), these illnesses are serving “a vital purpose” – just psychological and cultural. The first three chapters are the strongest; the book feels repetitive and somewhat aimless thereafter, especially in Chapter 4, which hops between different historical outbreaks of psychosomatic illness, like among the Hmong (cf. Anne Fadiman’s The Spirit Catches You and You Fall Down), and other patients she treated for functional disorders. The later example of “Havana syndrome” doesn’t add enough to warrant its inclusion.

Still, O’Sullivan does well to combine her interviews and travels into compelling mini-narratives. Her writing has really come on in leaps and bounds since her first book, which I found clunky. However, much my favourite of her three works is Brainstorm, about epilepsy and other seizure disorders of various origins.

With thanks to Picador for the proof copy for review.

What recent releases can you recommend?