Today marks a big anniversary: the bicentennial of Charlotte Brontë’s birth. I’ve noticed a whole cluster of books being published or reissued in time for her 200th birthday, many of which I’ve reviewed with enjoyment; some of which I’ve sampled and left unfinished. I hope you’ll find at least one book on this list that will take your fancy. There could be no better time for going back to Charlotte Brontë’s timeless stories and her quiet but full life story.

Reader, I Married Him: Stories Inspired by Jane Eyre, edited by Tracy Chevalier

A mixed bag. Although there are some very good stand-alone stories (from Tessa Hadley, Sarah Hall, Emma Donoghue and Elizabeth McCracken, as you might expect), ultimately the theme is not strong enough to tie them all together and some seem like pieces the authors had lying around and couldn’t figure out what else to do with. Think about it this way: what story isn’t about romance and the decision to marry?

A few of the tales do put an interesting slant on this age-old storyline by positing a lesbian relationship for the protagonist or offering the possibility of same-sex marriage. Then there are the stories that engage directly with the plot and characters of Jane Eyre, giving Grace Poole’s (Helen Dunmore) or Mr. Rochester’s (Salley Vickers) side of things, putting Jane and Rochester in couples therapy (Francine Prose), or making Jane and Helen Burns part of a post-WWII Orphan Exchange (Audrey Niffenegger). My feeling with these spinoff stories was, I’m afraid, what’s the point? Plus there were a number of others that just felt tedious.

My least favorites were probably by Lionel Shriver (incredibly boring!), Kirsty Gunn (unrealistic, and she gives the name Mr. Rochester to a dog!) and Susan Hill (the title story, but she’s made it about Wallis Simpson – and has the audacity to admit, as if proudly, that she’s never read Jane Eyre!). On the other hand, one particular standout is by Elif Shafak. A Turkish Muslim falls in love with a visiting Dutch student but is so unfamiliar with romantic cues that she doesn’t realize he isn’t equally taken with her.

In Patricia Park’s story, my favorite of all, a Korean girl from Buenos Aires moves to New York City to study English. Park turns Jane Eyre on its head by having Teresa give up on the chance of romance to gain stability by marrying Juan, the St. John Rivers character. I loved getting a glimpse into a world I was entirely ignorant of – who knew there was major Korean settlement in Argentina? This also redoubled my wish to read Park’s novel, Re Jane. She’s working on a second novel set in Buenos Aires, so perhaps it will expand on this story.

Branwell Brontë narrates his final year of life, when alcoholism, mental illness and a sense of disgrace hounded him to despair. I felt I never came to understand Branwell’s inner life, beneath the decadence and all the feeling sorry for himself. This gives a sideways look at Charlotte, Emily and Anne, though the sisters are little more than critical voices here; none of them has a distinctive personality. 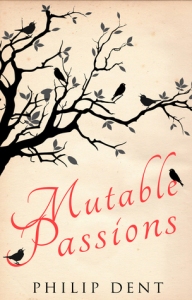 Dent focuses on a short period in Charlotte Brontë’s life: with all her siblings dead and Villette near completion, a surprise romance with her father’s curate lends a brief taste of happiness. Given her repeated, vociferous denial of feelings for Mr. Nicholls, I had trouble believing that, just 20 pages later, his marriage proposal would provoke rapturous happiness. To put this into perspective, I felt Dent should have referenced the three other marriage proposals Brontë is known to have received. Overwritten and suited to readers of romance novels than to Brontë enthusiasts, this might work well as a play. Dent is better at writing individual scenes and dialogue than at providing context.

I had bad luck with these two novels, which both sounded incredibly promising but I eventually abandoned (along with Yuki Chan in Brontë Country, featured in last month’s Six Books I Abandoned Recently post):

Jane Steele is not quite Jane Eyre, though her life seems to mirror that of Brontë’s heroine in most particulars. How she differs is in her violent response to would-be sexual abusers. She’s a feminist vigilante wreaking vengeance on her enemies, whether her repulsive cousin or the vindictive master of “Lowan Bridge” (= Cowan Bridge, Brontë’s real-life school + Lowood, Jane Eyre’s). I stopped reading because I didn’t honestly think Faye was doing enough to set her book apart. “Reader, I murdered him” – nice spin-off line, but there wasn’t enough original material here to hold my attention. (Read the first 22%.)

The Madwoman Upstairs by Catherine Lowell

There was every reason for me to love this novel – awkward American narrator, Oxford setting, Brontë connections aplenty, snarky literary criticism – but I got bored with it. Perhaps it was the first-person narration: being stuck in sarcastic Samantha Whipple’s head means none of the other characters feel real; they’re just paper dolls, with Orville a poor excuse for a Mr. Rochester substitute. I did laugh out loud a few times at Samantha’s unorthodox responses to classic literature (“Agnes Grey is, without question, the most boring book ever written”), but I gave up when I finally accepted that I had no interest in how the central mystery/treasure hunt played out. (Read the first 56%.) 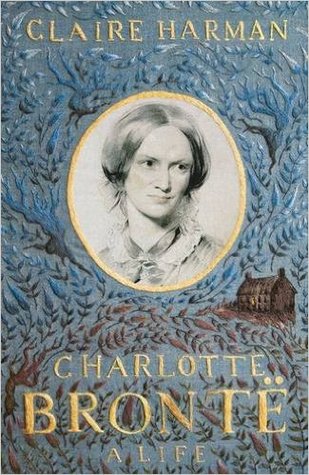 If I could recommend just one book from the recent flurry of Brontëana, it would be Charlotte Brontë: A Life by Claire Harman, which I reviewed for For Books’ Sake back in November.

One of the things Harman’s wonderful biography does best is to trace how the Brontës’ childhood experiences found later expression in their fiction. A chapter on the publication of Jane Eyre (1847) is a highlight. Diehard fans might not encounter lots of new material, but Harman does make a revelation concerning Charlotte’s cause of death – not TB, as previously believed, but hyperemesis gravidarum, or extreme morning sickness. This will help you appreciate afresh the work of a “poet of suffering” whose novels were “all the more subversive because of [their] surface conventionality.” Interesting piece of trivia for you: this and the Janzing novel (above) open with the same scene from Charlotte’s time in Belgium.

Have you read any of these, or other recent Brontë-themed books? What were your thoughts?