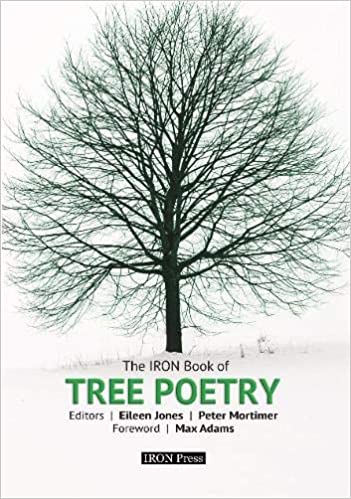 Though I’d only heard of two of the contributors, my love for nature and environmentalist themes made this anthology irresistible. The authors of the 50 poems write about individual and generic trees; forests real and imagined; environmental crisis and personal reckonings. In Sarah Mnatzaganian’s “Father Tree,” a sprawling horse-chestnut symbolizes her dying father and his motherland. Dominic Weston’s “Ancestry.com” literalizes the language of the family tree. In Celia McCulloch’s “Rhododendrons at Stapleford Wood,” an invasive species is a politically charged token of prejudice: “Is it just our xenophobia, this hatred for the Greek-named / tree, the immigrant, the Windrush plantation?”

I enjoyed the playful use of myth in Pauline Plummer’s “The Baobab”: “When God made the baobab He gave / it to the hyena, who laughed and laughed / throwing it into the scrub / where it landed upside down, dancing.” In “Abele,” Di Slaney envisions her post-mortem body feeding a woodland’s worth of creatures and being reincorporated into the flesh of trees.

Again and again, trees serve as a reminder of time passing, of seasons changing, of the vanity of human concerns compared to their centuries-old solidity – as in the final stanza of Mary Anne Perkins’s “To an Unpopular Poplar”:

This summer’s end, if I could translate

just one full hour of the whisperings

between your shimmered leaves,

Thematic organization, rather than alphabetical, would have made more sense for this volume, but I appreciated the introduction to many new-to-me poets. Two favorite seasonal poems are pictured below. 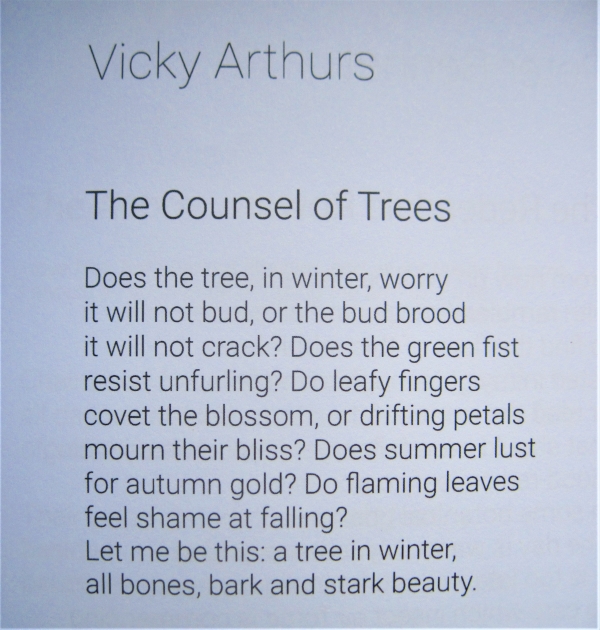 My thanks to IRON Press for the free copy for review.

I was delighted to be invited to take part in the blog tour for The IRON Book of Tree Poetry. See below for where more reviews have appeared or will be appearing. 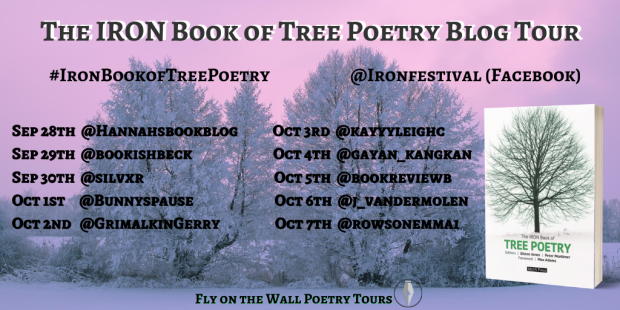