Classics of the Month: Colette and Hemingway

I had the hardest time settling to a classic this month. I tried Elizabeth Bowen’s The Heat of the Day for Reading Ireland Month, but couldn’t get past page 35; I barely made it to the second page of (in quick succession) Backwater by Dorothy Richardson, The Years and The Waves by Virginia Woolf. Meanwhile, I started Full Tilt by Dervla Murphy and Woolf’s The Voyage Out, and have been enjoying both, but they may well take me a few months to read.

In the end I read two short classics about obsessive love, both set in the France of the 1920s. 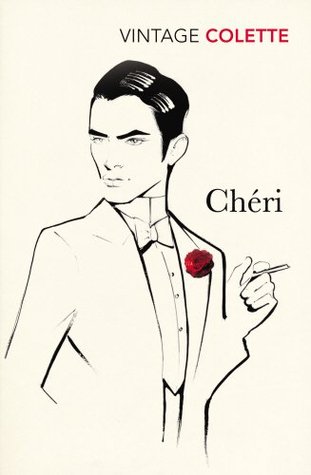 [Translated from the French by Roger Senhouse]

My first time trying Colette. The novella, set in the Paris suburbs, circles the relationship of Léa de Lonval, an ageing courtesan, and Frédérick Peloux, her handsome, supercilious lover boy (“the set of his head! quite a statue! But what a little beast he is! When he laughs, you’d swear it’s a greyhound snarling!”). Although they’ve been together for six years, the young man, whom she simply calls Chéri (“dear one”) is just 25 – about half her age. When Chéri’s mother arranges a financially beneficial marriage for him, he and Léa convince themselves it means nothing, but later question whether they’ve lost their chance at true love.

These are both aloof characters who sometimes have trouble accessing their emotions (“My temperature’s normal, so it’s nothing physical. I see. I’m just unhappy,” Léa realizes; “Well, why shouldn’t I have a heart like everybody else?” Chéri asks). To what extent is Léa a replacement mother figure for Chéri? Does love always entail possession and a loss of freedom? These psychological questions and the complex characters held my interest, though in the end the story is fairly thin. I’d read more by Colette: her memoirs come recommended, for instance.

The Garden of Eden by Ernest Hemingway (1986)

I find Hemingway offputtingly macho at the best of times, so was surprised to learn he’s the favorite author of a go-getting feminist type from my neighborhood book club. When she put this forward as our April selection I hadn’t even heard of it. It was Hemingway’s second posthumous publication. My main problems are that: 1) it reads like an early draft of an early novel – unpolished and with no proper ending, and 2) it reads like a male having-it-all fantasy, in which two women simultaneously lavish him with sexual attention and switching from one to the other presents no serious consequences.

It’s thought that Hemingway began writing the book in 1946, but was casting his mind back to the late 1920s, when he was preparing to leave his first wife, Hadley Richardson, for his second, Pauline Pfeiffer. In 1927 he and Pauline honeymooned in France’s Le Grau-du-Roi, which is where The Garden of Eden opens. Hemingway’s stand-in is writer David Bourne, who’s had success with a novel about flying in the war and is now dividing his time between Africa-set short stories that reflect on his childhood and his relationship with his father, and an autobiographical narrative drawing on his life with his new wife, Catherine. 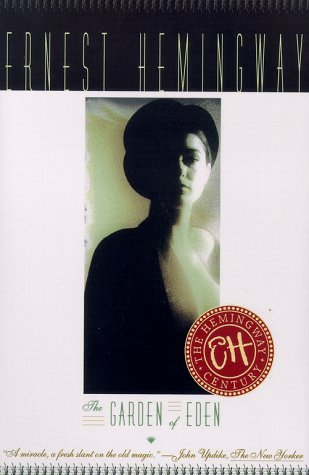 They’re on an extended honeymoon in France and Spain, and the title invites you to think of this as an idyllic time-outside-of-time spent swimming, feasting, taking long drives and making love. Catherine doesn’t want to do what others expect. She loves feeling that she and David have created a whole world unto themselves; they’re free to go anywhere and do anything. Obsessed with equality, she gets a close-cut gamine haircut that matches David’s exactly. But before long their heads are turned by a young woman they meet in a café, and this Marita becomes the third in an increasingly uncomfortable ménage à trois.

To the extent that this is a dramatization of the Genesis story and its accompanying Jewish myths, it is a reasonably successful plot. David calls Catherine “Devil,” but really she’s the Lilith figure, with David (Adam) later moving on to Marita (Eve). Alternatively, Marita could be thought of as the snake, a temptress destroying the couple’s perfect union. Catherine is much the most interesting character, mercurial and driven by odd compulsions: to sleep with a woman, to burn David’s stories and clippings. It was edgy for Hemingway to be thinking about gender fluidity and bisexuality, but the way these two women slavishly attend to David’s needs so that he can go on with his heroic writing work didn’t sit well with me.

What I most enjoyed about the novel were the descriptions of food and drink and the scenes in which David is sitting down to work (“You’d better write another story. Write the hardest one there is to write that you know.”) and reliving the elephant hunt. As usual, though, there’s the annoyances of the Hemingway style: underpunctuated; too many adjectives (sometimes as many as four in a row); simplistic language, including about good and evil; flat and unrealistic dialogue. Apparently Hemingway worked on the manuscript off and on for 15 years until it ballooned to 800 pages, yet he never finished it. Editors cut it down to a manageable size, but the ending? It’s as if nothing ever happened. Utterly frustrating.

David to Catherine: “Why can’t you want something that makes sense?” / Catherine: “I do. But I want us to be the same and you almost are and it wouldn’t be any trouble to do it.”

Catherine, towards the end: “I wish it hadn’t ended in complete disillusion too”

Next month’s plan: To tie in with our travels (we’re having another go at our attempted French getaway next weekend): A Breath of French Air by H.E. Bates and Thérèse Raquin by Emile Zola; Cider with Rosie by Laurie Lee to read in Stroud the final Sunday of the month.