If you’ve been spending time blog-hopping or on Twitter over the last few weeks, you will have seen countless riffs on this topic. Everyone’s pondering what’s best to read in these times. All we can get our hands on about plagues (Boccaccio, Camus, Defoe)? Allegories of similarly challenging worldwide disasters (WWII, 9/11)? Childhood favorites? Comfort reads? Funny books? Light, undemanding stuff? Rereads?

My general answer would be: as always, read whatever you want or can – anything that captures your attention is worthwhile. We’re under so much stress that our reading should be entirely unpressured. But to be a little more specific, I’ve gathered reading recommendations on a variety of topics, drawing on lists that others have made and linking to my own blog reviews where applicable.

(Some of these ideas are less serious than others.)

If you are brave enough to learn about zoonotic diseases:

Spillover: Animal Infections and the Next Human Pandemic by David Quammen: This is top-notch scientific journalism: pacey, well-structured, and gripping. The best chapters are on Ebola and SARS; the SARS chapter, in particular, reads like a film screenplay, if this were a far superior version of Contagion. It’s a sobering subject, with some quite alarming anecdotes and statistics, but this is not scare-mongering for the sake of it; Quammen is frank about the fact that we’re still all more likely to get heart disease or be in a fatal car crash.

If you can’t look away from pandemic stories, historical or imagined:

I already had Philip Roth’s Nemesis (set in 1940s New Jersey amid a polio epidemic) out from the library because it was on the Wellcome Book Prize shortlist in 2011. I was also inspired to take Year of Wonders by Geraldine Brooks (set in the 1660s and featuring an English village that quarantined itself during the Plague) off the shelf. I’m nearing the end of these two and should have my reviews up next week.

You will see no one book referenced more than Station Eleven by Emily St. John Mandel. It’s a wholly believable dystopian novel in which 99% of the population has been wiped out by a pandemic. The remnant bands together not just to survive but to create and preserve art. “What was lost in the collapse: almost everything, almost everyone, but there is still such beauty.” (My full BookBrowse review from December 2014.)

If you’re feeling cooped up…

Infinite Home by Kathleen Alcott: “Edith is a widowed landlady who rents apartments in her Brooklyn brownstone to an unlikely collection of humans, all deeply in need of shelter.” (I haven’t read it, but I do have a copy; now would seem like the time to read it!)

…yet want to appreciate the home you’re stuck in:

Years ago I read and loved At Home: A Short History of Private Life by Bill Bryson and Happier at Home by Gretchen Rubin. I can’t tell you anything more than that because it was before the days when I reviewed everything I read, but these are both reliable authors.

I love the sound of A Journey Around My Room by Xavier de Maistre: “Finding himself locked in his room for six weeks, a young officer journeys around his room in his imagination, using the various objects it contains as inspiration for a delightful parody of contemporary travel writing and an exercise in Sternean picaresque.”

I’m also drawn to Home: The Story of Everyone Who Ever Lived in Our House by Julie Myerson, who combed archives for traces of all the former residents of her 1870s terraced house in Clapham.

If you’re struggling with being on your own:

The Lonely City by Olivia Laing: This remarkable book on outsider artists interweaves biography, art criticism and memoir. Laing is a tour guide into the peculiar, lonely crowdedness you find in a world city.

How to Be Alone by Sara Maitland: Maitland argues that although being alone is easy to achieve, there is an art to doing it properly, and solitude and loneliness are by no means the same thing. Profiling everyone from the Desert Fathers of early Christianity to the Romantic poets, she enumerates all the benefits that solitude confers.

Journal of a Solitude by May Sarton: A one-year account of her writing life in New Hampshire, this is Sarton’s best. The book dwells on the seasonal patterns of the natural world (shovelling snow, gardening, caring for animals) but also the rhythms of the soul – rising in hope but also falling into occasional, inevitable despair.

See also this Penguin UK list of books to read in self-isolation.

If you’ve been passing the time by baking…

The City Baker’s Guide to Country Living by Louise Miller: As chief baker at the Sugar Maple Inn in Guthrie, Vermon, Olivia Rawlings settles into a daily routine of baking muffins, bread and cakes. This is a warm, cozy debut novel full of well-drawn secondary characters and romantic possibilities. There’s nothing clichéd about it, though. Livvy is a sassy narrator, and I loved how Miller documents the rhythms of the small-town country year, including tapping the maple trees in the early spring and a pie baking contest at the summer county fair.

Sourdough by Robin Sloan: Lois Clary, a Bay Area robot programmer, becomes obsessed with baking. “I needed a more interesting life. I could start by learning something. I could start with the starter.” She attempts to link her job and her hobby by teaching a robot arm to knead the bread she makes for a farmer’s market. Madcap adventures ensue. It’s a funny and original novel and it makes you think, too – particularly about the extent to which we should allow technology to take over our food production.

…but can’t find yeast or eggs in the shop:

Yeast: A Problem by Charles Kingsley (1851). Nope, I haven’t read it, but our friend has a copy in his Everyman’s Library collection and the title makes us laugh every time we see it.

The Egg & I by Betty Macdonald: MacDonald and her husband started a rural Washington State chicken farm in the 1940s. Her account of her failure to become the perfect farm wife is hilarious. The voice reminded me of Doreen Tovey’s: mild exasperation at the drama caused by household animals, neighbors, and inanimate objects. “I really tried to like chickens. But I couldn’t get close to the hen either physically or spiritually, and by the end of the second spring I hated everything about the chicken but the egg.” Perfect pre-Easter reading.

And here are a few lists I put together for Hungerford Bookshop:

If you need a laugh:

The Darling Buds of May (and sequels) by H.E. Bates 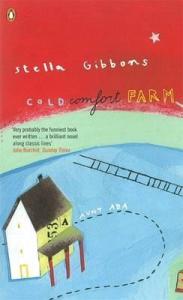 Anything by Nick Hornby

Three Men in a Boat by Jerome K. Jerome

Anything by David Lodge

The Rosie Project (and sequels) by Graeme Simsion

To Say Nothing of the Dog by Connie Willis 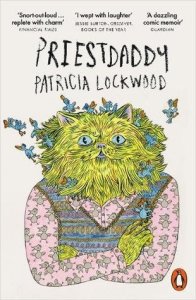 Anything by Bill Bryson

Anything by Gerald Durrell

Anything by Nora Ephron (essays)

This Is Going to Hurt by Adam Kay

Anything by David Sedaris

If you want to disappear into a long book:

The Crimson Petal and the White by Michel Faber

The Signature of All Things by Elizabeth Gilbert

The Nix by Nathan Hill

We, the Drowned by Carsten Jensen

The Poisonwood Bible by Barbara Kingsolver

The Sparrow by Mary Doria Russell

East of Eden by John Steinbeck

The Goldfinch by Donna Tartt

Cutting for Stone by Abraham Verghese

The Paying Guests by Sarah Waters

If you’re looking for some hope:

Almost Everything: Notes on Hope by Anne Lamott

Hope in the Dark by Rebecca Solnit

Hope Dies Last: Making a Difference in an Indifferent World by Studs Terkel

I’ve been doing a combination of the above strategies, reading about historical plagues in fiction and nonfiction but also doing some rereading and consuming lighter genre stuff like mysteries. I continue to dip into new releases, and I enjoy the ongoing challenge of my reading projects. Right now, I’m working through a few current Women’s Prize longlistees, as well as some past Wellcome Book Prize nominees and Women’s Prize winners, and I’m about to start a third #1920Club title. Plus I’m already thinking about my 20 Books of Summer (I’m considering an all-foodie theme).

What are your current reading strategies?