Are they not criminals, books that have wasted our time and sympathy, are they not the most insidious enemies of society, corrupters, defilers, the writers of false books, faked books, books that fill the air with decay and disease?

Strong words there, from Virginia Woolf in “How Should One Read a Book?” I’m not quite so fervently opposed to these six books I abandoned recently, but I do share Woolf’s feeling of having had my time wasted. Particularly since I started as a freelance book reviewer, I’ve noticed that I am not very patient with my leisure reading: if a book doesn’t totally grab me and keep me turning the pages with rapt interest, I’m more likely to leave it unfinished. Better if I can do that before spending too much time with a book, but sometimes I approach the halfway point before finally giving up.

Below I give brief write-ups of the abandonees. I’d be interested to hear if you’ve read any of them and thought they were worth persisting with.

Of Love and Desire by Louis de Bernières

Like so many, I enjoyed Captain Corelli’s Mandolin but haven’t tried much else from de Bernières. These are love poems: many of them Greek-influenced; most of them sentimental and not very interesting. I marked out one passage I liked, but even it then turns into a clichéd relationship poem: “I looked behind and saw the long straight line of my mistakes, / Faithful as hounds, their eyes alert, trailing in my wake. But / They weren’t dogs, they were women, some fair, some dark …” (from “Mistakes”). [Read the first 25 pages.] 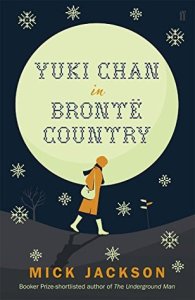 The premise for this one – young Japanese woman visits the Brontë sites in Yorkshire as a way of reconnecting with her departed mother – sounded so interesting, but the third-person narration is very flat and detached. It makes Yuki and all the other characters seem like stereotypes: the fashion-obsessed Asian girl, the horde of Japanese tourists. I also noticed that far too many sentences and paragraphs start with “She.” I couldn’t be bothered to see how it would turn out. [Read the first 26%.] 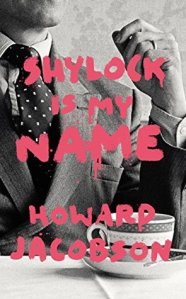 Shylock Is My Name by Howard Jacobson

I’d read Jacobson’s three most recent novels and liked them all well enough. He’s certainly your go-to author if you want a witty discussion of the modern Jewish “persecution complex.” I think the problem with this one was that I wasn’t sure what it wanted to be: a contemporary Jewish novel, or a Hebrew fable, or some mixture thereof. Shylock is pretty much dropped in as is from The Merchant of Venice, so it’s unclear whether he’s Strulovitch’s hallucination or a time traveler or what. The exasperated father characters are well drawn, but their flighty daughters less so. I just got to a point where I didn’t care at all what happened next, which to me was the sign to give up and move on to something else. [Read the first 43%.]

As Close to Us as Breathing by Elizabeth Poliner

The writing is measured and lovely, and I appreciated the picture of late-1940s life for a Jewish family, but the pace was killing me: this is set in one summer, but with constant flashbacks and flash-forwards to other family stories, such that although we learn on page 1 that a character has died, even by the 60% mark I still had not learned how. Also, the narrator is telling everything in retrospect from 1999, but there is too little about her life at that present moment. I would direct readers to Elizabeth Graver’s The End of the Point instead. [Read the first 60%.]

The Book of Aron by Jim Shepard

I’d read such rave reviews of this novel set in the Warsaw ghetto during the Second World War, and I’ve always meant to try something by Jim Shepard, so this seemed an ideal place to start. I decided to stop because although this is a fairly believable child’s voice, it is only being used to convey information. To me the spark of personality and the pull of storytelling are lacking. I felt like I was reading a history book about the Holocaust, subtly tweaked (i.e. dumbed down and flattened) to sound like it could be a child’s observations. [Read the first 53 pages.]

Who doesn’t love Georgia O’Keefe’s dreamy paintings of flowers and southwestern scenes? Initially I loved her tough-as-nails voice in this fictionalized autobiography, too, but as the story wore on it felt like she was withholding herself to some degree, only giving the bare facts of (dry, repetitive) everyday life and (wet, repetitive) sex scenes with 24-years-her-elder photographer Alfred Stieglitz. Call me impatient, but I couldn’t be bothered to stick around to see if something actually happened in this novel. I think I’d be interested in glancing through O’Keefe and Stieglitz’s correspondence, though, just to see how the voices compare to what Tripp has created here. [Read the first 48%.]