“Being the Expert” on Women’s Religious Memoirs Again: Unfollow & Leaving the Witness 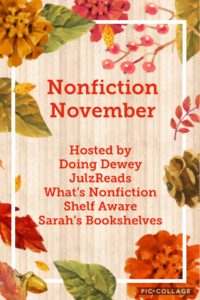 I’ve fallen behind on the weekly prompts for Nonfiction November, but wanted to post a follow-up to my 2018 list of a baker’s dozen of memoirs I’ve read that explore women’s religious experiences. I’ve read a couple more this year that are worth adding to the list; in addition to their themes of doubt and making a new life outside the church, they also share an interesting detail: it’s an online friend that goads each author into questioning her beliefs. Even if you aren’t typically interested in this subgenre, you’ve likely heard of Unfollow because of the high-profile story behind it. (This week is hosted by Katie of Doing Dewey.)

Unfollow: A Journey from Hatred to Hope, Leaving the Westboro Baptist Church by Megan Phelps-Roper

“God hates f*gs.” If you know one thing about Westboro Baptist Church of Topeka, Kansas, it’s that this slogan plastered their signs and was part of their armory of in-your-face chants at nationwide protests. 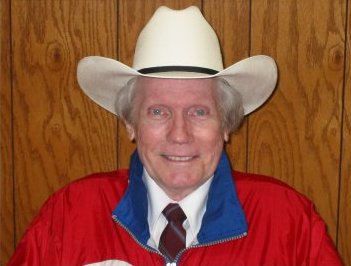 Megan Phelps-Roper grew up in the Church, which was founded by her grandfather, Fred Phelps, and made up mostly of her extended family: Phelps had 13 children, and Phelps-Roper is one of 11. In 1989 Phelps learned that nearby Gage Park was a gay cruising spot and wrote in disgust to the mayor and other city officials. In a sense, he never got over it. The anti-homosexuality message would become Westboro’s trademark, at least until the church started its picketing of military funerals after the Iraq War – which, like 9/11, was interpreted as being God’s just punishment of American immorality.

By portraying it from the inside and recreating her shifting perspective from early childhood onwards, Phelps-Roper initially makes her extreme upbringing seem normal. After all, it’s the only thing she knew, and it never would have occurred to her that her family could be wrong. The Phelpses were fiercely intelligent and also ran a law firm, so it’s impossible to just dismiss them as redneck idiots. Frequent passages from the King James Bible appear in italics to echo the justifications the Church cited for its beliefs and actions. 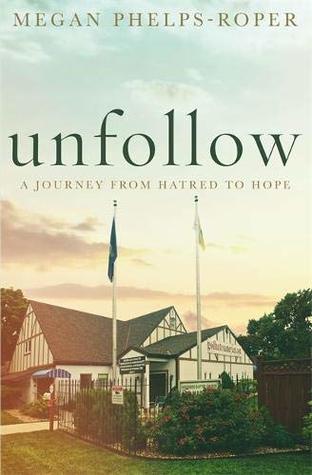 Only gradually did doubts start to creep in for the author as various uncles and brothers left the church. Phelps-Roper was even the voice of Westboro on Twitter, but defending funeral protests became increasingly difficult for her. Two things brought her to a breaking point. First, in something of a coup, the Church appointed a new body of elders – all male, of course – who instituted ever more draconian rules, such as a dress code for women, and effectively removed her mother from leadership. (Ultimately, they would kick the dying Fred Phelps himself out of the church.) Secondly, the Church started to spread fake news via doctored photos. For example, they claimed to be protesting a royal wedding in London, when in fact Westboro members never go anywhere the First Amendment can’t protect them.

All along, Phelps-Roper had been corresponding with “C.G.,” an online acquaintance with whom she played Words with Friends. Chad gently encouraged her to ask why Westboro believed as it did, and to unpick rather than ignore any doctrines that didn’t make sense. “What if we’re wrong? What if this isn’t The Place led by God Himself? What if we’re just people?” she wondered. In November 2012, she and her sister Grace left the Church and the family home, where she’d lived until age 26, and retreated to a Deadwood, South Dakota Airbnb to hike, read and think about what they’d left behind and what came next. I’d had just about enough of Westboro and its infighting by that point in the book – the chapter about her leaving gets a little melodramatic – so, like the author, I was glad to move on to another setting, and this interlude ended up being my favorite section.

There’s much more I could say about this memoir, as the path out of fundamentalism is one I’ve taken, too, and the process of rebuilding a life outside it is ongoing for me, as it is for Phelps-Roper, who now lobbies for empathy across religious and political lines. The sense of a family divided is reminiscent of Tara Westover’s Educated, whose readership Unfollow is keen to secure. At points the book feels overlong (the chapters certainly are), but the good news for anyone who might feel reluctant to tackle it is that a film version is in the works, with a screenplay by Nick Hornby and Reese Witherspoon producing.

Note: Westboro was the subject of a Louis Theroux documentary in 2006, and in a nice full-circle moment, he’s now interviewing Phelps-Roper on some of her UK book tour spots. And, in another lovely aside, she married C.G.

With thanks to riverrun for the free copy for review.

Leaving the Witness: Exiting a Religion and Finding a Life by Amber Scorah

Like In the Days of Rain by Rebecca Stott, this is the story of growing up in a cult and what happens when, as an adult, a woman has to build a new life free from the constraints – but also unmoored from the comforting framework – of a previously unquestioned belief system. Scorah grew up in Vancouver’s community of Jehovah’s Witnesses and, although she was temporarily disfellowshipped as a teenager for having premarital sex, the faith was her home and gave her a sense of purpose. Witnesses are discouraged from attending university or pursuing careers; without exception, they’re expected to preach and win converts – the only task worth engaging in given that the world is headed towards Armageddon.

Scorah and her husband went to China as clandestine JW missionaries. Her Mandarin skills were good enough that she could become friends with her English-language pupils and then start to talk to them about religion. In the meantime, she became an early podcast host with the program “Dear Amber,” which offered advice on the Chinese language and culture. She embarked on a flirtatious correspondence with one of her regular listeners, Jonathan from Los Angeles, who goaded her into rethinking everything she’d been taught to believe. “I was questioning with a mind that had been trained not to. It was highly uncomfortable.”

As her marriage and faith simultaneously crumbled, Scorah had to decide what was left to form the foundation of a new life on her own in New York City. “My eye-glazing peace, unquestioning contentment, and eternal life were gone, and the time ahead of me was filled with people I didn’t yet know, uncertainty about the future, and, one day, death.” I was absorbed in the bittersweet outworkings of this before and after: a process of losing faith and deciding what’s next.

The final chapter is a whirlwind tour through her first years in NYC, including the tragic death of her infant son, Karl. This makes for something of an abrupt end to the book; I might have liked to get as much detail on all this as we got about the time in China. But it was clearly a deliberate decision to present such life and death matters from a hard-won secular perspective, without the false balm of a religion that promises she’ll see her son again. There’s a lot of secrecy about the Jehovah’s Witnesses, so this is a rare insider’s view as well as a wrenching account of loss and starting over.

Full disclosure: Amber Scorah offered me a copy through a Facebook group we are both a part of.

Thanks to her and Viking for sending a free copy for review.

Can you see yourself reading either of these books?