The Rathbones Folio Prize is unique in that nominations come from The Folio Academy, an international group of writers and critics, and any book written in English is eligible, so there’s nonfiction and poetry as well as fiction on this year’s varied shortlist of eight titles: 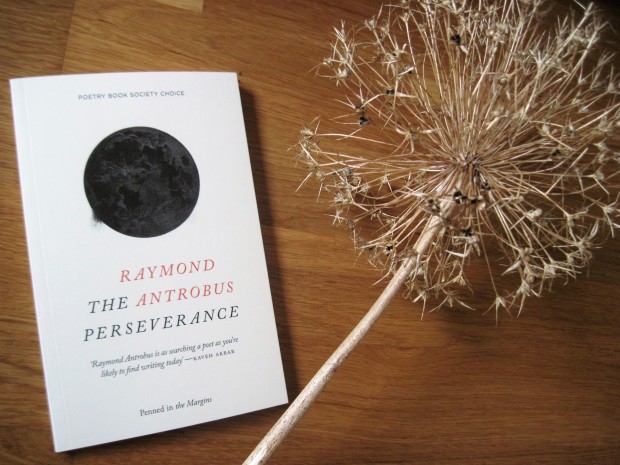 I’m helping to kick off the Prize’s social media tour by championing the debut poetry collection The Perseverance by Raymond Antrobus (winner of the 2018 Geoffrey Dearmer Award from the Poetry Society), issued by the London publisher Penned in the Margins last year. Antrobus is a British-Jamaican poet with an MA in Spoken Word Education who has held multiple residencies in London schools and works as a freelance teacher and poet. His poems dwell on the uneasiness of bearing a hybrid identity – he’s biracial and deaf but functional in the hearing world – and reflect on the loss of his father and the intricacies of Deaf history.

I was previously unaware of the difference between “deaf” and “Deaf,” but it’s explained in the book’s endnotes: Deaf refers to those who are born deaf and learn sign before any spoken language, so they tend to consider deafness part of their cultural identity; deaf means that the deafness was acquired later in life and is a medical consequence rather than a defining trait.

The opening poem, “Echo,” recalls how Antrobus’s childhood diagnosis came as a surprise because hearing problems didn’t run in the family.

I sat in saintly silence

during my grandfather’s sermons when he preached

The Good News I only heard 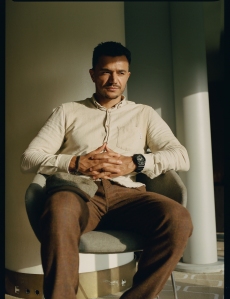 Nowadays he uses hearing aids and lip reading, but still frets about how much he might be missing, as expressed in the prose poem “I Move through London like a Hotep” (his mishearing when a friend said, “I’m used to London life with no sales tax”). But if he had the choice, would Antrobus reverse his deafness? As he asks himself in one stanza of “Echo,” “Is paradise / a world where / I hear everything?”

Learning how to live between two worlds is a major theme of the collection, applying not just to the Deaf and hearing communities but also to the balancing act of a Black British identity. I first encountered Antrobus through the recent Black British poetry anthology Filigree (I assess it as part of a review essay in an upcoming issue of Wasafiri literary magazine), which reprints his poem “My Mother Remembers.” A major thread in that volume is art as a means of coming to terms with racism and constructing an individual as well as a group identity. The ghazal “Jamaican British” is the clearest articulation of that fight for selfhood, reinforced by later poems on being called a foreigner and harassment by security staff at Miami airport.

The title comes from the name of the pub where Antrobus’s father drank while his son waited outside. The title poem is an elegant sestina in which “perseverance” is the end word of one line per stanza. The relationship with his father is a connecting thread in the book, culminating in the several tender poems that close the book. Here he remembers caring for his father, who had dementia, in the final two years of his life, and devotes a final pantoum to the childhood joy of reading aloud with him.

A number of poems broaden the perspective beyond the personal to give a picture of early Deaf history. Several mention Alexander Graham Bell, whose wife and mother were both deaf, while in one the ghost of Laura Bridgeman (the subject of Kimberly Elkins’s excellent novel What Is Visible) warns Helen Keller about the unwanted fame that comes with being a poster child for disability. The poet advocates a complete erasure of Ted Hughes’s offensive “Deaf School” (sample lines: “Their faces were alert and simple / Like faces of little animals”; somewhat ironically, Antrobus went on to win the Ted Hughes Award last month!) and bases the multi-part “Samantha” on interviews with a Deaf Jamaican woman who moved to England in the 1980s. The text also includes a few sign language illustrations, including numbers that mark off section divisions.

The Perseverance is an issues book that doesn’t resort to polemic; a bereavement memoir that never turns overly sentimental; and a bold statement of identity that doesn’t ignore complexities. Its mixture of classical forms and free verse, the historical and the personal, makes it ideal for those relatively new to poetry, while those who enjoy the sorts of poets he quotes and tips the hat to (like Kei Miller, Danez Smith and Derek Walcott) will find a resonant postcolonial perspective.

A favorite passage from “Echo” (I’m a sucker for alliteration):

the ravelled knot of tongues,

in my misty hearing aid tubes.

The winner of the Rathbones Folio Prize will be announced on May 20th.

My thanks to the publisher for the free copy for review.