Some Books I Was Surprised to Love

Like most fiction readers, I generally stick with what I’m pretty sure I’ll like. For me that means that, unless I’ve heard very good feedback that makes me think the book will stand out from its peers, I tend to avoid science fiction, fantasy, and mystery novels (or genre fiction in general). I’m also leery of magic realism and allegories, as these techniques can so often be cringe-inducing. But occasionally a book will come along that proves me wrong. 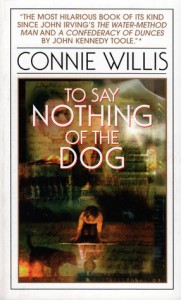 For instance, last week I finished To Say Nothing of the Dog by Connie Willis. Time travel would normally be a turnoff for me, but Willis manages it perfectly in this uproarious blend of science fiction and pitch-perfect Victorian pastiche (boating, séances and sentimentality, oh my!). Once I got into it, I read it extremely quickly – finishing the final 230 pages on one Sunday afternoon and evening – and it provoked a continuous stream of snorts. I can hardly think of anyone I wouldn’t recommend it to.

This got me thinking about some other pleasantly surprising books that took me outside of my usual reading comfort zone in recent years: 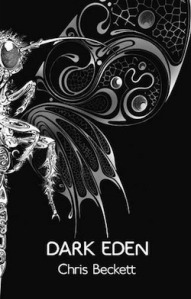 Dark Eden by Chris Beckett: Six generations ago a pair of astronauts landed on the planet Eden and became matriarch and patriarch of a new race of eerily primitive humans. A young leader, John Redlantern, rises up within the group, determined to free his people from their limited worldview by demythologizing their foundational story. Through events that mirror many of the accounts in Genesis and Exodus, Beckett provides an intriguing counterpoint to the ways Jews and Christians relate to the biblical narrative. Page-turning science fiction with deep theological implications. I liked each of the two sequels less than the book that went before, but they’re still worth reading. 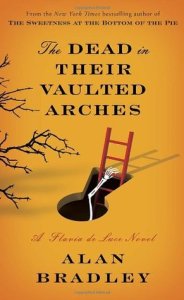 The Flavia de Luce mysteries by Alan Bradley: Normally I shy away from series and tire of child narrators – and yet I find the Flavia de Luce novels positively delightful. Why? Well, Canadian author Alan Bradley’s quaintly authentic mysteries are set at Buckshaw, a crumbling country manor house in 1950s England, where the titular eleven-year-old heroine, also the narrator, performs madcap chemistry experiments and solves small-town murders. The Dead in Their Vaulted Arches (#6) is the best yet. In this installment, Flavia finally learns of her unexpected inheritance from her mother. The most recent, Thrice the Brinded Cat Hath Mew’d (#8), is a close second. 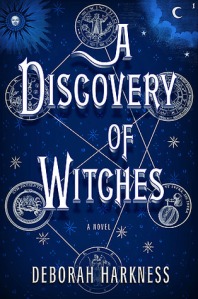 A Discovery of Witches by Deborah Harkness: The thinking gal’s Twilight. Harkness, a historian of science, draws on her knowledge of everything from medieval alchemy to recent DNA mapping. The main character, reluctant witch Diana Bishop, is studying alchemical treatises at the Bodleian Library. She calls up an enchanted manuscript from Ashmole’s original collection, presumed missing since 1859. There are three excised pages, and the book instantly draws attention from the myriad “creatures” (non-humans) plaguing Oxford. Enter Matthew Clairmont, a mega-hot vampire with a conscience. From rural France to upstate New York, he and Diana fight off rival vampires and the witches who killed Diana’s parents. As with Beckett’s books, the two sequels are a bit of a letdown, but the first book is great fun. 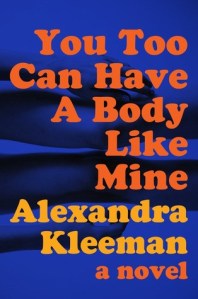 You Too Can Have a Body Like Mine by Alexandra Kleeman: A full-on postmodern satire bursting with biting commentary on body image, consumerism and conformity. The narrator, known only as A, lives in a shared suburban apartment. She and her roommate, B, are physically similar and emotionally dependent, egging each other on to paranoid anorexia. Television and shopping are the twin symbolic pillars of a book about the commodification of the body. In a culture of self-alienation where we compulsively buy things we don’t need, have no idea where our food comes from and worry about keeping up a facade of normalcy, Kleeman’s is a fresh voice advocating the true sanity of individuality. 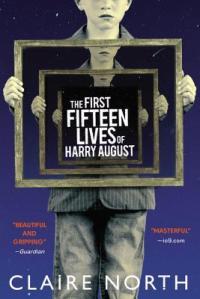 The First Fifteen Lives of Harry August by Claire North: The theme of a character reliving the same life over and over will no doubt have you thinking of Kate Atkinson’s Life After Life, but I liked this book so much better. Perhaps simply because of the first-person narration, I developed much more of a fondness for Harry August and his multiple life stories than I ever did for Ursula Todd. Harry, the illegitimate son of a servant girl, is born in the same manner each time – on New Year’s Day 1919, in the ladies’ restroom at Berwick-upon-Tweed rail station! – but becomes many people in his different lives.

What books were you surprised to love recently?