I’m coming towards the close of my 20 Books of Summer challenge. Now, I’ve done plenty of substituting – some of my choices from early in the summer will have to spill over into the autumn (for instance, I’m reading the May Sarton biography slowly and carefully so am unlikely to finish it before early September) or simply wait for another time – but in the end I will have read 20+ books I own in print by women authors. (Ongoing/still to come are a few buddy reads: Half of a Yellow Sun by Chimamanda Ngozi Adichie with Anna Caig; Late Nights on Air by Elizabeth Hay with Naomi of Consumed by Ink and Penny of Literary Hoarders; and West with the Night by Beryl Markham with Laila of Big Reading Life.)

The two #20Booksof Summer I finished most recently have been the best so far. I’d heard great things about these debut novels but let years go by before getting hold of them, and then months more before picking them up. Though one is more than twice the length of the other, they are both examples of large-scale storytelling at its best: we as readers are privy to the sweep of a whole life, and get to know the protagonists so well that we ache for their sorrow. What might have helped the authors tap into the emotional power of their stories is that both drew on family history, to different extents, when creating the characters and incidents. 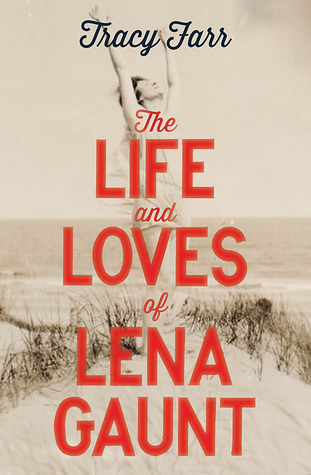 Lena Gaunt: early theremin player, grande dame of electronic music, and opium addict. When we meet our 81-year-old narrator, she’s just performed at the 1991 Transformer Festival and has caught the attention of a younger acolyte who wants to come interview her at home near Perth, Australia for a documentary film – a setup that reminded me a bit of May Sarton’s Mrs. Stevens Hears the Mermaids Singing. It’s pretty jolting the first time we see Lena smoke, but as her life story unfolds it becomes clear that it’s been full of major losses, some nearly unbearable in their cruelty, so it’s no surprise that she would wish to forget.

Though Lena bridles at Mo’s many probing questions, she realizes this may be her last chance to have her say and starts typing up a record of her later years to add to a sheaf of autobiographical stories she wrote earlier in life. These are interspersed with the present action to create a vivid collage of Lena’s life: growing up with a pet monkey in Singapore, moving to New Zealand with her lover, frequenting jazz clubs in Paris, and splitting her time between teaching music in England and performing in New York City.

With perfect pitch and recall, young Lena moved easily from the piano to the cello to the theremin. I loved how Farr evokes the strangeness and energy of theremin music, and how sound waves find a metaphorical echo in the ocean’s waves – swimming is Lena’s other great passion. Life has been an overwhelming force from which she’s only wrested fleeting happiness, and there’s a quiet, melancholic dignity to her voice. This was nominated for several prizes in Australia, where Farr is from, but has been unfairly overlooked elsewhere.

“I once again wring magic from the wires by simply plucking and stroking my fingers in the aether.”

“All of the stories of my life have begun and ended with the ocean.”

The Life and Loves of Lena Gaunt was published in the UK by Aardvark Bureau in 2016. My thanks to the publisher for a free copy for review.

The Invisible Bridge by Julie Orringer (2010)

It’s all too easy to burn out on World War II narratives these days, but this is among the very best I’ve read. It bears similarities to other war sagas such as Birdsong and All the Light We Cannot See, but the focus on the Hungarian Jewish experience was new for me. Although there are brief glimpses backwards and forwards, most of the 750-page book is set during the years 1937–45, as Andras Lévi travels from Budapest to Paris to study architecture, falls in love with an older woman who runs a ballet school, and – along with his parents, brothers, and friends – has to adjust to the increasingly strict constraints on Jews across Europe.

A story of survival against all the odds, this doesn’t get especially dark until the last sixth or so, and doesn’t stay really dark for long. So if you think you can’t handle another Holocaust story, I’d encourage you to make an exception for Orringer’s impeccably researched and plotted novel. Even in labor camps, there are flashes of levity, like the satirical newspapers that Andras and a friend distribute among their fellow conscripts, while the knowledge that the family line continues into the present day provides a hopeful ending.

This is a flawless blend of family legend, wider history, and a good old-fashioned love story. I read the first 70 pages on the plane back from America but would have liked to find more excuses to read great big chunks of it at once. Sinking deep into an armchair with a doorstopper is a perfect summer activity (though also winter … any time, really). [First recommended to me by Andrea Borod (aka the Book Dumpling) over five years ago.]

“He felt the stirring of a new ache, something like homesickness but located deeper in his mind; it was an ache for the time when his heart had been a simple and satisfied thing, small as the green apples that grew in his father’s orchard.”

“[It] seemed to be one of the central truths of his life: that in any moment of happiness there was a reminder of bitterness or tragedy, like the ten plague drops spilled from the Passover cup, or the taste of wormwood in absinthe that no amount of sugar could disguise.”

“For years now, he understood at last, he’d had to cultivate the habit of blind hope. It had become as natural to him as breathing.”