I love interspersing poetry with my other reading, and this year it seems like I’m getting to more of it than ever. Although I try to have a poetry collection on the go at all times, I still consider myself a novice and enjoy discovering new-to-me poets. However, I know many readers who totally avoid poetry because they assume they won’t understand it or it would feel too much like hard work.

Sinking into poems is certainly a very different experience from opening up a novel or a nonfiction narrative. Often I read parts of a poem two or three times – to make sure I’ve taken it in properly, or just to savor the language. I try to hear the lines aloud in my head so I can appreciate the sonic techniques at work, whether rhyming or alliteration. Reading or listening to poetry engages a different part of the brain, and it may be best to experience it in something of a dreamlike state.

I hope you’ll find a book or two that appeals from the selection below. 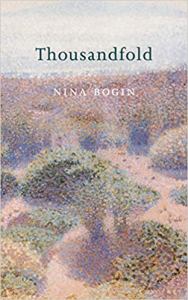 This is a lovely collection whose poems devote equal time to interactions with nature and encounters with friends and family. Birds – along with their eggs and feathers – are a frequent presence. Often a particular object will serve as a totem as the poet remembers the most important people in her life: her father’s sheepskin coat, her grandmother’s pink bathrobe, and the slippers her late husband shuffled around in – a sign of how diminished he’d become due to dementia. Elsewhere Bogin greets a new granddaughter and gives thanks for the comforting presence of her cat. Gentle rhymes and half-rhymes lend a playful or incantatory nature. I’d recommend this to fans of Linda Pastan.

Thousandfold will be published by Carcanet Press on January 31st. My thanks to the publisher for the free copy for review.

I was previously unfamiliar with Chaudhuri’s work, and unfortunately this insubstantial book about his beloved Indian places and foods hasn’t lured me into trying any more. The one poem I liked best was “Creek Row,” about a Calcutta lane used as a shortcut: “you are a thin, short-lived, / decaying corridor” and an “oesophageal aperture”. I also liked, as stand-alone lines go, “Refugees are periodic / like daffodils.” Nothing else stood out for me in terms of language, sound or theme. Poetry is so subjective; all I can say is that some poets will click with you and others don’t. In any case, the atmosphere is similar to what I found in Korma, Kheer and Kismet: Five Seasons in Old Delhi by Pamela Timms.

My thanks to Salt Publishing for the free copy for review.

Before I picked this up from the bookstall at the New Networks for Nature conference in November, I had no idea that Darlington had written poetry before she turned to nature writing (Otter Country and Owl Sense). These poems are rooted in the everyday: flipping pancakes, sitting down to coffee, tending a garden, smiling at a dog. Multiple poems link food and erotic pleasure; others make nature the source of exaltation. I loved her descriptions of a heron (“a standing stone / perched in silt / a wrap of grey plumage”) and a blackbird (“the first bird / a glockenspiel in C / an improvisation on morning / a blue string of notes”), Lots of allusions and delicious alliteration. Pick this up if you’re missing Mary Oliver.

A Responsibility to Awe by Rebecca Elson (2018) 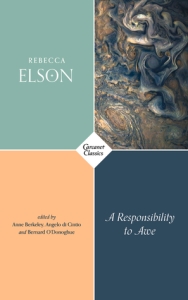 Elson, an astronomer who worked on the Hubble Space Telescope, died of breast cancer; this is a reprint of her posthumous 2001 publication. Along with a set of completed poems, the volume includes an autobiographical essay and extracts from her notebooks. Her impending mortality has a subtle presence in the book. I focused on the finished poems, which take their metaphors from physics (“Dark Matter”), mathematics (“Inventing Zero”) and evolution (indeed, “Evolution” was my favorite). In the essay that closes the book, Elson remembers long summers of fieldwork and road trips across Canada with her geologist father (I was reminded of Margaret Atwood’s Cat’s Eye), and traces her academic career as she bounced between the United States and Great Britain.

My thanks to Carcanet Press for the free copy for review.

These next two were on the Costa Prize for Poetry shortlist, along with Hannah Sullivan’s Three Poems, which was one of my top poetry collections of 2018 and recently won the T. S. Eliot Prize. I first encountered the work of all three poets at last year’s Faber Spring Party.

Many of these poems are about split loyalties and a composite identity – Kunial’s father was Kashmiri and his mother English – and what the languages we use say about us. He also writes about unexpectedly developing a love for literature, and devotes one poem to Jane Austen and another to Shakespeare. My favorites were “Self Portrait as Bottom,” about doing a DNA test (“O I am translated. / The speech of numbers. / Here’s me in them / and them in me. … What could be more prosaic? / I am split. 50% Europe. / 50% Asia.”), and the title poem, a plea for understanding and common ground. 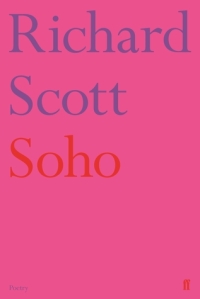 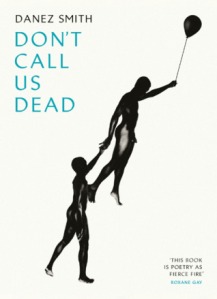 Like Claudia Rankine’s Citizen, this is a book whose aims I can admire even though I didn’t particularly enjoy reading it. It’s about being black and queer in an America where both those identifiers are dangerous, where guns and HIV are omnipresent threats. “reader, what does it / feel like to be safe? white?” Smith asks. “when i was born, i was born a bull’s-eye.” The narrator and many of the other characters are bruised and bloody, with blood used literally but also metaphorically for kinship and sexual encounters. By turns tender and biting, exultant and uncomfortable, these poems are undeniably striking, and a necessary wake-up call for readers who may never have considered the author’s perspective.

Up next: This Pulitzer-winning collection from the late Mary Oliver, whose work I’ve had mixed success with before (Dream Work is by far her best that I’ve read so far). We lost two great authors within a week! RIP Diana Athill, too, who was 101. 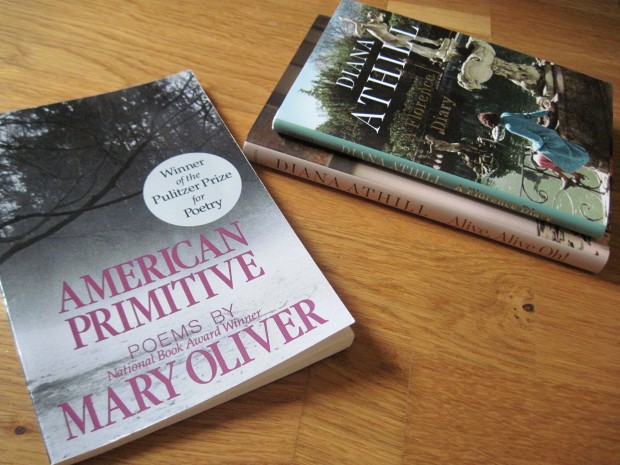 Any recent poetry reads you can recommend to me?