Sometimes I love a prize winner and cheer the judges’ ruling; other times I shake my head and puzzle over how they could possibly think this was the best the year had to offer. I’m late to the party for these three recent prize-winning novels. I’m also a party pooper, I guess, because I didn’t particularly like or dislike a one of them. (Reviews are in the order in which I read the books. My rating for all three =

A Horse Walks into a Bar by David Grossman 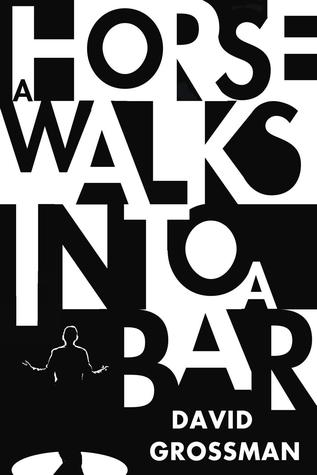 “Why the long face? Did someone die? It’s only stand-up comedy!” Except that for the comedian himself, Dovaleh Greenstein, this swan song of a show in the Israeli town of Netanya devolves into the story of the most traumatic day of his life. Grossman has made what seems to me an unusual choice of narrator: Avishai Lazar, a widower and Supreme Court justice, and Dov’s acquaintance from adolescence – they were in the same military training camp. Dov has invited him here to bear witness, and by the end we know Avishai will produce a written account of the evening.

Although it could be said that Avishai’s asides about the past, and about the increasingly restive crowd in the club, give us a rest from Dov’s claustrophobic monologue, in doing so they break the spell. This would be more hard-hitting as a play or a short story composed entirely of speech; in one of those formats, Dov’s story might keep you spellbound through a single sitting. Instead, I found that I had to force myself to read even five or 10 pages at a time. There’s no doubt Grossman can weave a clever tale about loss, and there are actually some quite funny jokes in here too, but overall I found this significantly less powerful than the author’s previous work, Falling Out of Time.

The Underground Railroad by Colson Whitehead 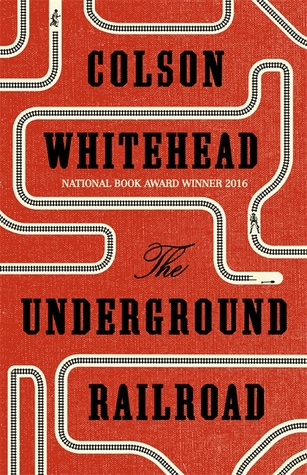 Following Cora on her fraught journey from her Georgia plantation through the Carolinas and Tennessee to Indiana is enjoyable enough, with the requisite atrocities like lynchings and rapes thrown in to make sure it’s not just a picaresque cat-and-mouse battle between her and Arnold Ridgeway, the villainous slavecatcher. But I’m surprised that such a case has been made for the uniqueness of this novel based on a simple tweak of the historical record: Whitehead imagines the Underground Railroad as an actual subterranean transport system. This makes less of a difference than you might expect; if anything, it renders the danger Cora faces more abstract. The same might be said for the anachronistic combination of enlightened and harsh societies she passes through: by telescoping out to show the range of threats African-Americans faced between the Civil War and the 1930s, the novel loses immediacy.

Ultimately, I felt little attachment to Cora and had to force myself to keep plodding through her story. My favorite parts were little asides giving other characters’ backstories. There’s no doubt Whitehead can shape a plot and dot in apt metaphors (I particularly liked “Ajarry died in the cotton, the bolls bobbing around her like whitecaps on the brute ocean”). However, I kept thinking, Haven’t I read this story before? (Beloved, Ruby, The Diary of Anne Frank; seen on screen in Twelve Years a Slave, Roots and the like.) This is certainly capably written, but doesn’t stand out for me compared to Homegoing, which was altogether more affecting.

The Power by Naomi Alderman

(Winner of the [Bailey’s] Women’s Prize) 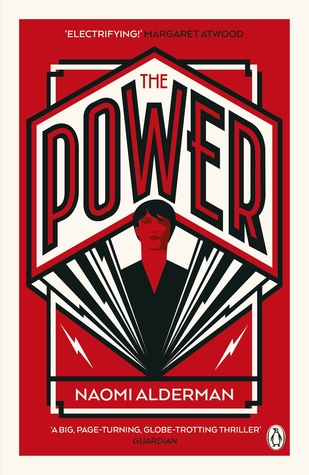 I read the first ~120 pages and skimmed the rest. Alderman imagines a parallel world in which young women realize they wield electrostatic power that can maim or kill. In an Arab Spring-type movement, they start to take back power from their oppressive societies. You’ll cheer as women caught up in sex trafficking fight back and take over. The movement is led by Allie, an abused child who starts by getting revenge on her foster father and then takes her message worldwide, becoming known as Mother Eve.

Alderman has cleverly set this up as an anthropological treatise-cum-historical novel authored by “Neil Adam Armon” (an anagram of her own name), complete with documents and drawings of artifacts. “The power to hurt is a kind of wealth,” and in this situation of gender reversal women gradually turn despotic. They are soldiers and dictators; they inflict genital mutilation and rape on men.

I enjoyed the passages mimicking the Bible, but felt a lack of connection with the characters and didn’t get a sense of years passing even though this is spread over about a decade. This is most like Margaret Atwood’s MaddAddam trilogy – Alderman’s debt to Atwood is explicit, in the dedication as well as the acknowledgments – so if you really like those books, by all means read this one. My usual response to such speculative fiction, though, even if it describes a believable situation, is: what’s the point? As with “Erewhon,” the best story in Helen Simpson’s collection Cockfosters, the points about gender roles are fairly obvious.

I’d be interested to hear if you’ve read any of these books – or plan to read them – and believe they were worthy prize winners. If so, set me straight!