The 1936 Club: Murder in the Cathedral and Ballet Shoes

It’s my third time participating in one of Simon and Karen’s reading weeks (after last year’s 1920 Club and 1956 Club). Like last time, I made things easy for myself by choosing two classics of novella length – as opposed to South Riding, another 1936 book on my shelves. They also both happen to be theatrical in nature. 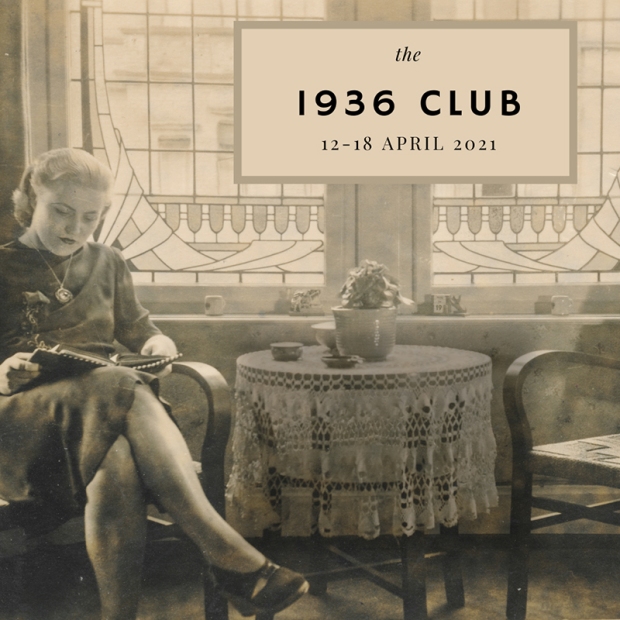 Murder in the Cathedral by T.S. Eliot

At about the time her memoir came out, I remember Jeanette Winterson describing this as her gateway drug into literature: she went to the library and picked it out for her mother, thinking it was just another murder mystery, and ended up devouring it herself. It is in fact a play about the assassination of Thomas à Becket, a medieval archbishop of Canterbury. The last time I read a play was probably eight years ago, when I was on an Alan Ayckbourn kick; before that, I likely hadn’t read one since my college Shakespeare class. And indeed, this wasn’t dissimilar to Shakespeare’s histories (or tragedies) in content and tone. It is mostly in verse, with some rhyming couplets, offset by a couple of long prose passages.

I struggled mostly because of complete unfamiliarity with the context, though some liberal Googling would probably be enough to set anyone straight. The action takes place in December 1170 and is in two long acts, separated by an interlude in which Thomas gives a Christmas sermon. The main characters besides Thomas are three priests who try to protect him and a chorus of local women who lament his fate. In Part I there are four tempters who, like Satan to Jesus in the desert, come to taunt Thomas with the lure of political power – upon being named archbishop, he resigned his chancellorship. The four knights, who replace the tempters in Part II and ultimately kill Thomas, feel that he betrayed King Henry and the nation by not keeping both roles and thus linking Church and state.

Most extraordinary is the knights’ prose defence late in the second act, in which they claim to have been completely “disinterested” in killing Thomas and that it was his own fault – to the extent that his death might as well be deemed a suicide. I always appreciate a first-person plural chorus, and I love Eliot’s poetry in general: there are some of his lines I keep almost as mantras, and more I read nearly 20 years ago that still resonate. I expected notable quotes here, but there were no familiar lines. As usually is the case with plays, this probably works better on stage. A nice touch was that my 1938 Faber copy, acquired from the free bookshop we used to have in our local mall, was owned by two fellows of St. Chad’s College, Durham, whose names appear one after the other in blue ink on the flyleaf. One of them added in marginal notes relating to how the play was performed by the Pilgrim Players in March 1941.

I was glad to have an excuse to read this beloved children’s classic. Like many older books and films geared towards children, it’s a realistic fantasy about orphans finding affection and success. Great-Uncle Matthew (“Gum”) goes hunting for fossils around the world and has a peculiar habit of finding unwanted babies that are to be raised by his niece, Sylvia (“Garnie”), and a nursemaid, Nana. He names the three girls he has magically acquired Pauline, Petrova, and Posy, and gifts them all the surname Fossil. When Gum goes back out on his travels, the money soon runs out and the girls’ schooling takes a backseat to the need for money. Sylvia takes in lodgers and the girls are accepted to attend a dance and theatre academy for free.

Every year, the sisters vow to do all they can to get the Fossil name in history books – and this on their own merit, not based on anything their (unknown) ancestors have done – and to get as much household money for Garnie as possible. Pauline is a gifted actress and Posy a talented dancer, but Petrova knows the performing world is not for her; she’d rather learn about how machines work, and operate cars and airplanes. While beautiful blonde Pauline plays the lead role in Alice in Wonderland and one of the princes in Richard III, Petrova is happy to stay in the background as a fairy or a page in Shakespeare productions.

I found the social history particularly interesting here. The family seems upper class by nature, yet a lack of money means they find it a challenge to keep the girls in an appropriate wardrobe. There is much counting of guineas and shillings, with Pauline the chief household earner. Acting in plays and films is no mere hobby for her. The same goes for Winifred, who auditions opposite Pauline for Alice but doesn’t get the part – even though she is the better actress and needs the money to care for her ill father and five younger siblings – because she’s not as pretty. Pauline and Petrova also notice that child actors with cockney accents don’t get picked for the best roles. The Fossils sometimes feel compassion for those children worse off than themselves, but at other times let their achievements go to their heads.

At a certain point, I wearied of the recurring money, wardrobe, and audition issues, but I still found this a charming book about how luck and skill combine as girls dream about who they want to be when they grow up. There are also some cosy and witty turns of phrase, like “She was in that state of having a cold when nothing is very nice to do … she felt hot, and not very much like eating toffee, and what is the fun of making toffee unless you want to eat it.” I daresay if I had encountered this at age seven instead of 37, it would have been a favourite.