Jess Kidd’s fourth novel is based on a true story: the ill-fated voyage of the Batavia, which set off from the Netherlands in 1628, bound for Indonesia, but wrecked on the Abrolhos Islands off the western coast of Australia in June 1629. If you look into it at all, you find a grim story of mutiny and murder. But we experience the voyage, and view its historical legacy, through the eyes of two motherless children: Mayken, travelling on the Batavia to be reunited with her merchant father abroad; and Gil, who, in 1989, moves in with his grandfather at his Australian beach hut and observes archaeologists diving into the wreck.

Chapters alternate between the two time periods. Mayken is in the care of her old nursemaid, Imke, who has second sight. As Imke’s health fails, Mayken goes semi-feral, dressing up as a cabin boy to explore the belowdecks world. Gil, a tender, traumatized boy in the company of rough grown-ups, becomes obsessed with the local dig and is given a pet tortoise – named Enkidu to match his own full name, Gilgamesh. Mayken and Gil both have to navigate a harsh adult world with its mixture of benevolent guardians and cruel strangers. 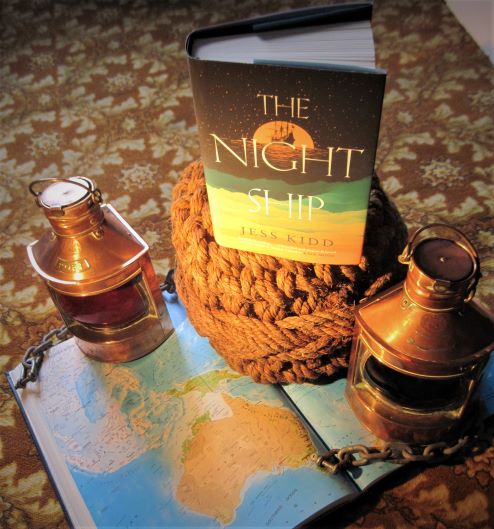 An explicit connection between the protagonists is set up early on, when a neighbour tells Gil there’s a “dead girl who haunts the island … Old-time ghost, from the shipwreck,” known as Little May. But there are little links throughout. For instance, both have a rote story to explain their mother’s death, and both absorb legends about a watery monster (the Dutch Bullebak and the Aboriginal Bunyip) that pulls people under. The symmetry of the story lines is most evident in the shorter chapters towards the end, such as the rapid-fire pair of 33–34.

These echoes, some subtle and some overt, are the saving grace of an increasingly bleak novel. Don’t be fooled by the focus on children’s experience: this is a dark, dark story, with only pinpricks of light at the end for one of the two. In terms of similar fiction I’ve read, the tone is more Wakenhyrst than The Essex Serpent; more Jamrach’s Menagerie than Devotion. (It didn’t help that I’d just read Julia and the Shark, an exceptional children’s book with a maritime setting and bullying/mental health themes.) I engaged more with the contemporary strand – as is pretty much always the case for me with a dual timeline – yet appreciated the atmosphere and the research behind the historical segments. This doesn’t match Things in Jars, but I was still pleased to have the chance to try something else by Jess Kidd.

With thanks to Canongate for my free copy for review.

I was delighted to be part of the social media tour for The Night Ship. See below for details of where other reviews and features have appeared or will be appearing soon. 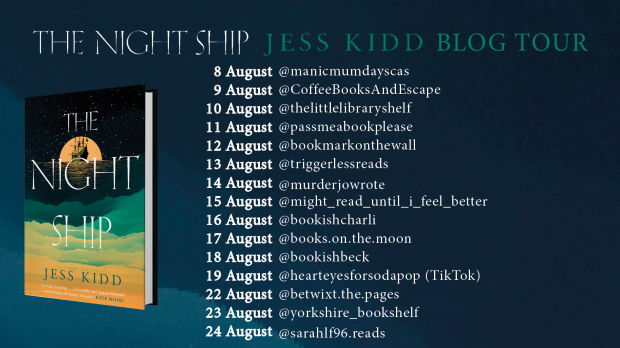