Today’s entries in my colour-themed summer reading are a novel about a quartet of college friends and the mistakes that mar their lives and a novella about the enduring impact of war set just after the fall of the Berlin Wall.

One is silver and the other’s gold.

Do you know that little tune? We would sing it as a round at summer camp. It provides a clever title for this story of four college roommates whose lives are marked by the threat of sexual violence and ambivalent feelings about motherhood. Alice, Ji Sun, Lainey and Margaret first meet as freshmen in 2002 when they’re assigned to the same suite (with a window seat! how envious am I?) at Quincy-Hawthorn College. 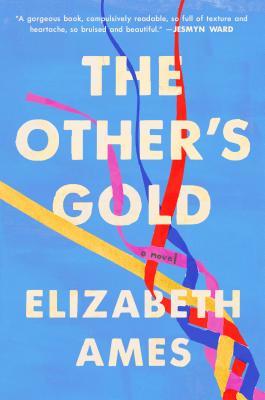 They live together for the whole four years – a highly unusual situation – and see each other through crises at college and in the years to come as they find partners and meander into motherhood. Iraq War protests and the Occupy movement form a turbulent background, but the friends’ overriding concerns are more personal. One girl was molested by her brother as a child and has kept secret her act of revenge; one has a crush on a professor until she learns he has sexual harassment charges being filed against him by multiple female students. Infertility later provokes jealousy between the young women, and mental health issues come to the fore.

As in Expectation by Anna Hope, the book starts to be all about babies at a certain point. That’s not a problem if you’re prepared for and interested in this theme, but I love campus novels so much that my engagement waned as the characters left university behind. Also, the characters seemed too artificially manufactured to inject diversity (Ji Sun is a wealthy Korean; adopted Lainey is of mixed Latina heritage, and bisexual; Margaret has Native American blood) and embody certain experiences. And, unfortunately, any #MeToo-themed read encountered in the wake of My Dark Vanessa is going to pale by comparison.

Part One held my interest, but after that I skimmed to the end. Ideally, I would have chosen replacements and not included skims like this and Green Mansions, but it’s not the first summer that I’ve had to count DNFs and skimmed books – my time and attention are always being diverted by paid review work, review copies and library books with imminent deadlines. I’ve read lots of fiction about groups of female friends this summer, partly by accident and partly by design, and will likely do a feature on it in an upcoming month. For now, I’d recommend Lara Feigel’s The Group instead of this.

With thanks to Pushkin Press (ONE imprint) for the free e-copy for review. 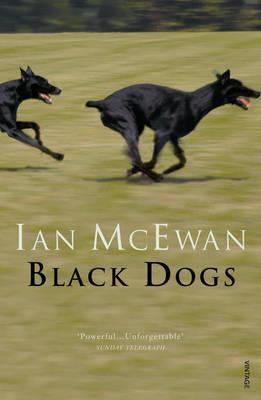 When I read the blurb, I worried I’d read this before and forgotten it: all it mentions is a young couple setting off on honeymoon and having an encounter with evil. Isn’t that the plot of The Comfort of Strangers? I thought. In fact, this only happens to have the vacation detail in common, and has a very different setup and theme overall.

Jeremy lost his parents in a car accident (my least favourite fictional trope – far too convenient a way of setting a character off on their own!) when he was eight years old, and is self-aware enough to realize that he has been seeking for parental figures ever after. He becomes deeply immersed in the story of his wife’s parents, Bernard and June, even embarking on writing a memoir based on what June, from her nursing home bed, tells him of their early life (Part One).

After June’s death, Jeremy takes Bernard to Berlin (Part Two) to soak up the atmosphere just after the Wall comes down, but the elderly man is kicked by a skinhead. The other key thing that happens on this trip is that he refutes June’s account of their honeymoon. At June’s old house in France (Part Three), Jeremy feels her presence and seems to hear the couple’s voices. Only in Part Four do we learn what happened on their 1946 honeymoon trip to France: an encounter with literal black dogs that also has a metaphorical dimension, bringing back the horrors of World War II.

I think the novel is also meant to contrast Communist ideals – Bernard and June were members of the Party in their youth – with how Communism has played out in history. It was shortlisted for the Booker, which made me feel that I must be missing something. A fairly interesting read, most similar in his oeuvre (at least of the 15 I’ve read so far) to The Child in Time. (Secondhand purchase from a now-defunct Newbury charity shop)

Coming up next: The latest book by John Green – it’s due back at the library on the 31st so I’ll aim to review it before then, possibly with a rainbow-covered novel as a bonus read.