As seems to happen every few months, I felt the urge to cull my library stack and only keep out the books I’m actually excited about reading right now. So you’ll see that a lot of books got returned unread in July. I did manage to read a handful as well, though, with the list looking longer than it really is because of a lot of undemanding children’s and YA material. My summer crush is the super-cute Heartstoppers comics series.

As always, I give links to reviews of books not already featured, as well as ratings for reads and skims. I would be delighted to have other bloggers – not just book bloggers – join in with this meme. Feel free to use the image above and leave a link to your blog in the comments if you’ve taken part in Library Checkout (on the last Monday of each month), or tag me on Twitter and Instagram: @bookishbeck / #TheLibraryCheckout & #LoveYourLibraries.

ON HOLD, TO BE PICKED UP 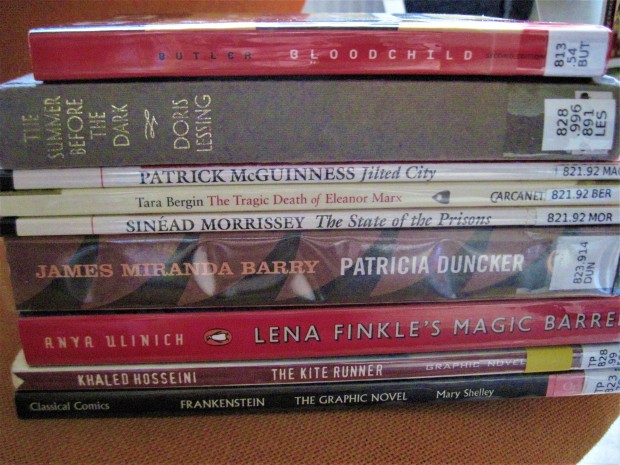 None of these captivated me after 10–30 pages. I’ll try the Shipstead and Winman again another time.

The last of these was requested after me; I (at least temporarily) lost interest in the rest.

What appeals from my stacks?