Short Stories in September, Part I

Each September I make a bit more of an effort to read short stories, which otherwise tend to sit on my shelves and Kindle unread. I’ve read three collections recently, all of them released this August or September, and I have a few more on the go to report on later in the month. 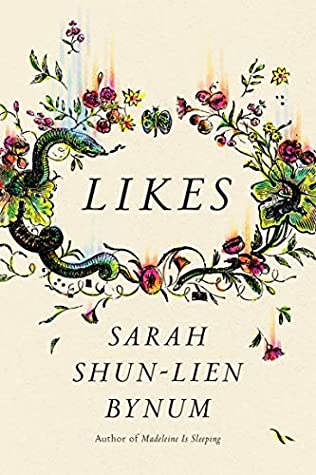 This was a hit and miss collection for me: I only loved one of the stories, and enjoyed another three; touches of magic realism à la Aimee Bender produce the two weakest stories, and there are a few that simply tail off without having made a point. My favorite was “Many a Little Makes,” about a trio of childhood best friends whose silly sleepover days come to an end as they develop separate interests and one girl sleeps with another one’s brother. In “Tell Me My Name,” set in a post-economic collapse California, an actress who was a gay icon back in New York City pitches a TV show to the narrator’s wife, who makes kids’ shows.

“Julia and Sunny,” about two couples – one that makes it and one that doesn’t – who all met in medical school, reminded me of a Wallace Stegner plot. “The Bears” has a wispy resemblance to Goldilocks and the Three Bears and stars a woman convalescing from a miscarriage at a retreat center while writing a chapter on William James. In James’s famous metaphor involving a bear, bodily action precedes emotion – we are afraid because we flee; not vice versa. The touch of magic in this story is light enough to not be off-putting, whereas “The Erlking” and “The Young Wife’s Tale” take their fairy tale similarities too far.

The title story, about a father trying to understand his 12-year-old through her Instagram posts either side of the Trump election, is promising but doesn’t go anywhere, and “The Burglar” and “Bedtime Story” struck me as equally insubstantial, making nothing of their setups. Seven of these nine stories had been previously published in other publications in some form.

Published in the USA by Farrar, Straus and Giroux. I read an advanced e-copy via Edelweiss. 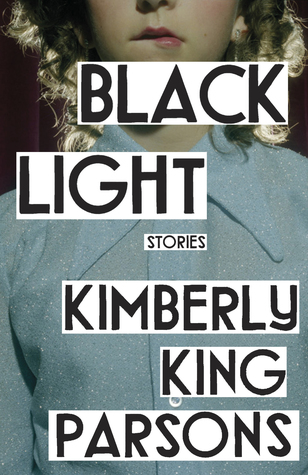 Parsons’s debut collection, longlisted for the U.S. National Book Award in 2019, contains a dozen gritty stories set in or remembering her native Texas. Eleven of the 12 are in the first person, with the mostly female narrators unnamed or underdeveloped and thus difficult to differentiate from each other. The homogeneity of voice and recurring themes – drug use, dysfunctional families, overweight bodies, lesbian or lopsided relationships – lead to monotony.

“Glow Hunter” and “We Don’t Come Natural to It” are representative: in the former, Sarah and her girlfriend Bo have sex and go for a drive while tripping on magic mushrooms; in the latter, the narrator has a crush on her co-worker Suki, who has lost 200 pounds, and they remain obsessed with their and others’ fat bodies (the references are inescapable: “a pudgy,” “the fatty,” “some cow,” “thinspiration”). The opening story, “Guts,” is uncomfortable for the way that it both fetishizes fat and medicalizes sex: when unreliable, alcoholic receptionist Sheila turns up at her boyfriend Tim’s hospital saying there’s something wrong with her internally, he performs an examination that’s part striptease and part children playing doctor.

“The Light Will Pour In” is refreshingly different for its Lolita-type situation. “Into the Fold,” set at a girls’ boarding school, reminded me of Scarlett Thomas’s Oligarchy. In “Fiddlebacks,” my favorite, siblings on a night hunt for creepy-crawlies come across their newly religious mother and the handyman trysting in a car. “Starlite,” the only one in the third person, has colleagues, one a supervisor and both married, meet up in a seedy motel for drugs and junk food. The shortest stories at just a few pages each, “In Our Circle” and “The Animal Part” animate art therapy in a mental hospital and urban legends told while camping (though I’d forgotten it, I’d encountered the former in The Best Small Fictions 2017).

These stories engaged me at neither the sentence level nor the plot level, but many readers (and critics) have felt otherwise. Here are two lines I liked, from “Glow Hunter”: “Bo says everything that scares you is something to poke at with a stick, to pick up and turn in your hands” & “I’m very aware that we are organisms on the surface of a rock, orbiting a burning star.”

My thanks to Atlantic Books for the free copy for review.

You Will Never Be Forgotten by Mary South

“In the modern world, you might be easily forgotten, but you could also carve out your own niche.” 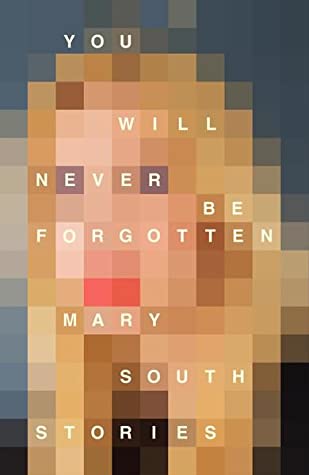 In the 10 stories of this debut collection, characters turn to technology to stake a claim on originality, compensate for their losses, and leave a legacy. In “Keith Prime,” a widowed nurse works at a warehouse that produces unconscious specimens for organ harvesting. When her favorite Keith wakes up, she agrees to raise him at home, but human development and emotional connection are inconveniences in a commodity. The narrator of “FAQs about Your Craniotomy” is a female brain surgeon who starts out by giving literal answers to potential patient questions and then segues into bitterly funny reflections on life after her husband’s suicide.

In “Architecture for Monsters,” a young woman interviews Helen Dannenforth, a formidable female architect whose designs are inspired by anatomy, specifically by her disabled daughter’s condition. The narrator’s mother, a molecular biologist, was assaulted and murdered by a lab technician. Dannenforth is a hero/replacement mother figure to her, even after she learns about the complicated situation with the architect’s sister, who was the surrogate for her niece but then got cut out of the child’s life.

I particularly liked “The Age of Love,” a funny one in which the nurses at a nursing home listen in to their elderly patients’ calls to phone sex lines. Their conversations aren’t about smut so much as they’re about loneliness and nostalgia. Another favorite of mine was “Camp Jabberwocky for Recovering Internet Trolls,” about a Martha’s Vineyard camp for teens who need a better relationship with social media. When camper Rex Hasselbach, who had posted foul content in his father’s name to get revenge on being beaten up at home, goes missing, three counselors with guilt or identity issues of their own go looking for him. The title story also engages with social media as a woman obsessively tracks her rapist and works as a “digital media curator” deleting distressing video content.

All of the characters have had a bereavement or other traumatic incident and are looking for the best way to move on, but some make bizarre and unhealthy decisions – such as to restage events from a dead daughter’s life, to breastfeed grown men, or to communicate by text with a deceased wife. These quirky, humorous stories never strayed so far into science fiction as to alienate me. I loved the medical themes and the subtle, incisive observations about a technology-obsessed culture. I’ll be looking out for what Mary South does next.

(Note: The cover image is a creepily pixelated version of the author’s photo.)

My thanks to Picador for the proof copy for review.

Are you a short story fan? Read any good ones recently?