(This was meant to be one entry in a roundup of mini-reviews, but I found that I had far too much to say about it. On Sunday I’ll feature three more May releases I’ve read.)

1997. Following a breakup and her mother’s sudden death, Casey Peabody is drowning in grief and debt. At 31, she lives in a tiny studio apartment off of her brother’s friend’s house and cycles everywhere. Between shifts waitressing at Iris, a trendy restaurant above a Harvard social club, she chips away at the Cuba-set novel she’s been writing for six years.

Through her writer friend Muriel she meets two love interests at a book launch for Oscar Kolton, a former Boston University professor and novelist who’s been leading a fiction workshop since his wife’s death a few years ago. One is the fortysomething Oscar himself; the other, who initially seems more promising, is Silas, a would-be writer from the workshop. But before they have a chance to see if this will go somewhere, Silas is off. He leaves Casey a voicemail saying he needs to get away for a while. Oh well; just another flake, she thinks.

After he and his adorable young sons come in to the restaurant for brunch one day, her interest is squarely in Oscar. Or, that is, until Silas comes back and she finds herself dating two men at the same time. A museum trip with Silas here, a dinner out with Oscar there. As if her love life isn’t complication enough, before long she finds herself looking for a new job, a place to live, a literary agent, and reassurance that she’ll be okay when she takes advantage of her short-lived health insurance to get some minor medical issues checked out. 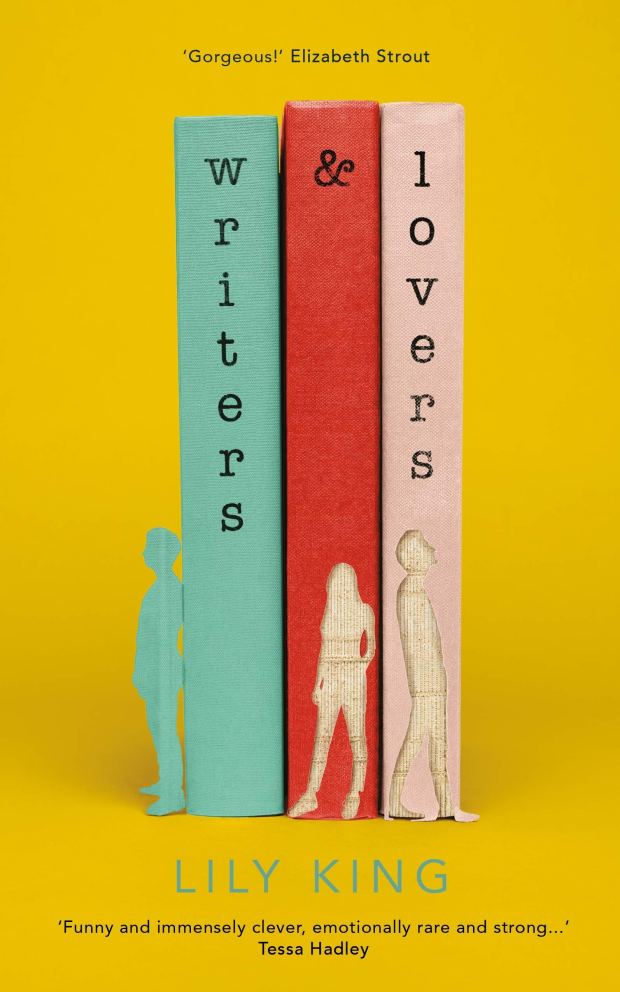 I almost passed on reading this one because I’d gotten it in my head that it was nothing more than a romantic comedy with a love triangle. I’m so glad that Kate’s review convinced me to give it a try after all. On the face of it this could hardly be more different from King’s previous novel, Euphoria, about anthropologists doing field work in Papua New Guinea in the 1930s, but King’s attention to the intricacies of human relationships links the two. When I read Euphoria in late 2014, I noted the natives’ practice of cutting off a finger for every close relative lost. Here you also get the sense that everyone has lost someone, and that these losses are as visible as physical traits. Casey is only on her second conversation with Silas when she thinks, “I can tell he lost someone close somehow. You can feel that in people, an openness, or maybe it’s an opening that you’re talking into. With other people, people who haven’t been through something like that, you feel the solid wall. Your words go scattershot off of it.”

There are so many things to love about this novel, including the wonderful/terrible scenes where she rattles off her mother’s story to two doctors and her awful father and stepmother show up for lunch. Count the rest: The Boston-area setting, the restaurant bustle, that feeling we’ve all had of wasting our talents while stuck in the wrong job and the wrong living situation. Casey’s confiding first-person, present-tense narration, the little observations on writers (when John Updike comes into the restaurant she touches his loafer for luck; she nearly swoons when Jayne Anne Phillips is at one of her tables—“Black Tickets is like a prayer book to me”; she thinks she’s blown a high school English teacher interview when she states a dislike for Cormac McCarthy—“he seemed to be alternating between imitating Hemingway and imitating Faulkner”), and even the choice between Silas and Oscar (“Fireworks or coffee in bed”). She doesn’t make the ‘right’ choice I was expecting, but if you’ve been following the clues closely you’ll realize it’s the only one she could have made.

What I loved most, though, was that we see this character at rock bottom but also when things start to go well at long last. “There’s a particular feeling in your body when something goes right after a long time of things going wrong. It feels warm and sweet and loose.” I felt I knew Casey through and through, and I cheered for her as I did for Ana in Dominicana by Angie Cruz. Those who have tried writing a book will probably get even more out of this than I did, but it will resonate for anyone who’s ever felt lost and uncertain about life’s direction. “Isn’t our whole life just one long improvisation?” Casey hears at a writing festival.

Think of this as an older, sadder Sweetbitter, perhaps as written by Elizabeth Strout. It gives you all the feels, as they say.

A real standout and one of my few early favorites from 2020.

With thanks to Picador for the unsolicited copy for review.