Tenth of December by George Saunders

Even before George Saunders won the Man Booker Prize for the truly astounding Lincoln in the Bardo, I wanted to read Tenth of December (2013), the short story collection that won him the inaugural Folio Prize. The 10 stories, set in a recognizable contemporary or near-future suburban America, feature a mixture of realist and science fiction scenarios and a gently satirical tone. 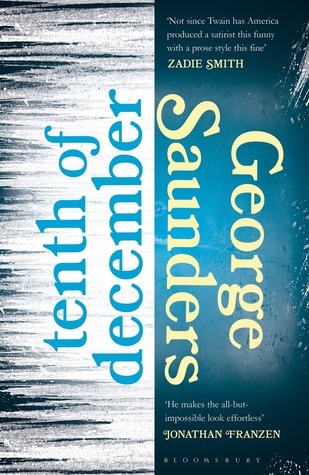 At times the narration seems to reflect a new form of human speech, almost like shorthand, with the characters only lapsing into old-fashioned garrulousness under the influence of specially designed pharmaceuticals. I found the language most amusing in “The Semplica Girl Diaries,” narrated by a lower-middle-class dad who’s trying to keep up with the Joneses and please his daughters. “Have to do better! Be kinder. Start now. Soon they will be grown and how sad, if only memory of you is testy stressed guy in bad car.”

However, notably absent from the entertaining definitions he drops in for posterity (Whac-a-Mole, in case future readers are unfamiliar: “Plastic mole emerges, you whack with hammer, he dies, falls, another emerges, you whack, kill?”) is one for the SGs. Only gradually do you realize, with some horror, that “Semplica girls,” who have left the developing world for a chance at a better life, are a trendy lawn ornament, strung along a wire through their brains. From this article, included as an introduction to the Bloomsbury paperback, I learned that this story arose from a dream Saunders had. That accounts for how matter-of-factly bizarre it is.

Although it runs a bit long, this story was one of my favorites, along with “Victory Lap,” about a geeky high schooler improbably saving a classmate from a sexual assault, and “Sticks,” which in under two pages captures a family’s entire decades-long dynamic. None of the rest were quite as memorable for me, so I’m not sure I’ll seek out more of Saunders’s stories. I just couldn’t resist the urge to read and review this book in time for the day in the title after I found it on clearance at my local Waterstones.