All Spanish-language choices this time: an Argentinian novella, a Spanish novel, and a couple of Chilean short stories to whet your appetite for a November release. 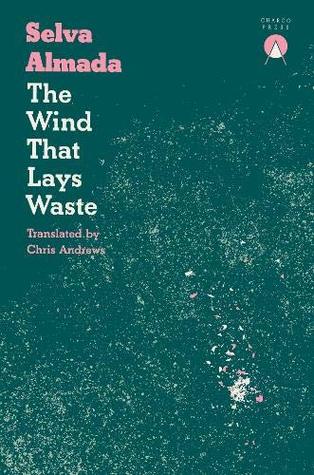 Selva Almada’s debut novella is also her first work to appear in English. Though you might swear this is set in the American South, it actually takes place in her native Argentina. The circadian narrative pits two pairs of characters against each other. On one hand we have the Reverend Pearson and his daughter Leni, itinerants who are driven ever onward by the pastor’s calling. On the other we have “The Gringo” Brauer, a mechanic, and his assistant, José Emilio, nicknamed “Tapioca.”

On his way to visit Pastor Zack, Reverend Pearson’s car breaks down. While the Gringo sets to work fixing the vehicle, the preacher tries witnessing to Tapioca. He senses something special in the boy, perhaps even recognizing a younger version of himself, and wants him to have more of a chance in life than he’s currently getting at the garage. As a violent storm comes up, we’re left to wonder how Leni’s cynicism, the Reverend’s zealousness, the Gringo’s suspicion, and Tapioca’s resolve will all play out.

Different as they are, there are parallels to be drawn between these characters, particularly Leni and Tapioca, who were both abandoned by their mothers. I particularly liked the Reverend’s remembered sermons, printed in italics, and Leni’s sarcastic thoughts about her father’s vocation: “They always ended up doing what her father wanted, or, as he saw it, what God expected of them” and “she admired the Reverend deeply but disapproved of almost everything her father did. As if he were two different people.”

The setup and characters are straight out of Flannery O’Connor. The book doesn’t go as dark as I expected; I’m not sure I found the ending believable, even if it was something of a relief.

My thanks to Charco Press for the free copy for review. Last year I reviewed two Charco releases: Die, My Love and Fish Soup. 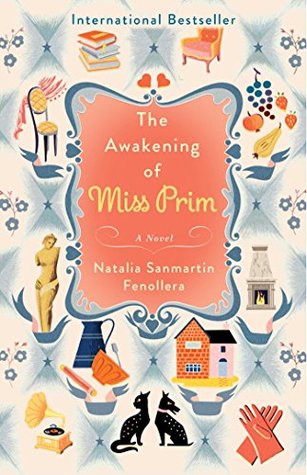 San Ireneo de Arnois is a generically European village that feels like it’s been frozen in about 1950: it’s the sort of place that people who are beaten down by busy city life retreat to so they can start creative second careers. Prudencia Prim comes here to interview for a job as a librarian, having read a rather cryptic job advertisement. Her new employer, The Man in the Wingchair (never known by any other name), has her catalogue his priceless collection of rare books, many of them theological treatises in Latin and Greek. She’s intrigued by this intellectual hermit who doesn’t value traditional schooling yet has the highest expectations for the nieces and nephews in his care.

In the village at large, she falls in with a group of women who have similarly ridiculous names like Hortensia and Herminia and call themselves feminists yet make their first task the finding of a husband for Prudencia. All of this is undertaken with the aid of endless cups of tea or hot chocolate and copious sweets. The village and its doings are, frankly, rather saccharine. No prizes for guessing who ends up being Prudencia’s chief romantic interest despite their ideological differences; you’ll guess it long before she admits it to herself at the two-thirds point.

As much as this tries to be an intellectual fable for bibliophiles (Prudencia insists that The Man in the Wingchair give Little Women to his niece to read, having first tried it himself despite his snobbery), it’s really just a thinly veiled Pride and Prejudice knock-off – and even goes strangely Christian-fiction in its last few pages. If you enjoyed The Readers of Broken Wheel Recommend and have a higher tolerance for romance and chick lit than I, you may well like this. It’s pleasantly written in an old-fashioned Pym-homage style, but ultimately it goes on my “twee” shelf and will probably return to a charity shop, from whence it came.

I’ve read the first two stories so far, “Humiliation” and “Teresa,” which feature young fathers and turn on a moment of surprise. An unemployed father takes his two daughters along to his audition; a college student goes home with a single father for a one-night stand. In both cases, what happens next is in no way what you’re expecting. These are sharp and readable, and I look forward to making my way through the rest over the next month or two.

Humiliation will be published by Oneworld on November 7th. My thanks to Margot Weale for a proof copy. I will publish a full review closer to the time.

Did you do any special reading for Women in Translation month this year?