Tomorrow the six titles on the Wellcome Book Prize shortlist will be revealed. I’ve managed to read one more from the longlist since my last batch. 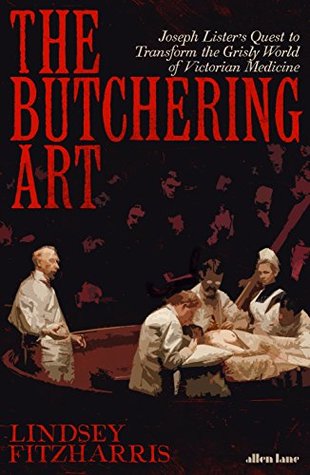 Surgery was a gory business with a notably high fatality rate well into the nineteenth century. Surgeons had the fastest hands in the West, but their victims were still guaranteed at least a few minutes of utter agony as they had a limb amputated or a tumor removed, and the danger wasn’t over after they were sewn up either: most patients soon died from hospital infections. The development of anesthetics and antiseptic techniques helped to change all that.

Fitzharris opens with the vivid and rather gruesome scene of a mid-thigh amputation performed by Robert Liston at University College Hospital in London in 1846. This surgery was different, though: it only took 28 seconds, but the patient felt nothing thanks to the ether he had been administered. He woke up a few minutes later asking when the procedure would begin. In the audience that day was Joseph Lister, who would become one of Britain’s most admired surgeons.

Lister came from a Quaker family and, after being educated at University College London, started his career in Edinburgh. Different to many medical professionals of the time, he was fascinated by microscopy and determined to find out what caused deadly infections. Carbolic acid and catgut ligatures were two of Lister’s main innovations that helped to fight infection. In fact, whether we realize it or not, his legacy is forever associated with antiseptics: Listerine mouthwash (invented in 1879) is named after him, and the Johnson brothers of Johnson & Johnson fame started their business mass-producing sterile surgical dressings after attending one of Lister’s lectures.

My interest tailed off a bit after the first third, as the book starts going into more depth about Lister’s work and personal life: he married his boss’s daughter and moved from Edinburgh to Glasgow and then back to London. However, the best is yet to come: the accounts of the surgeries he performed on his sister (a mastectomy that bought her three more years of life) and Queen Victoria (removing an orange-sized abscess from under her arm) are terrific. The chapter on treating the queen in secret at Balmoral Castle in 1871 was my overall favorite. 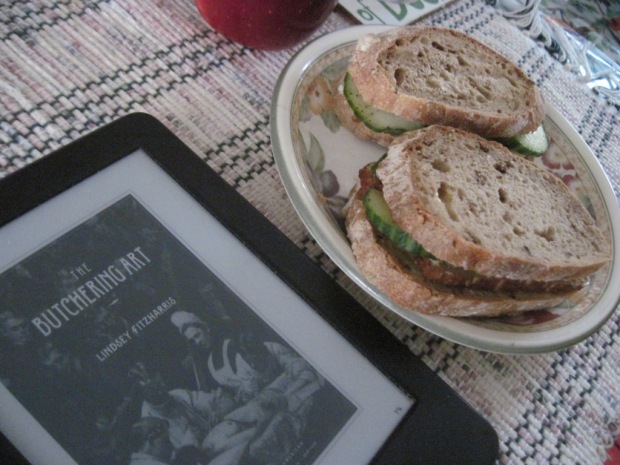 It probably wasn’t the best idea to start this book over my lunch one day!

I was that kid who loved going to Civil War battlefields and medical museums and looking at all the different surgical saws and bullet fragments in museum cases, so I reveled in the gory details here but was not as interested in the biographical material. Do be sure you have a strong stomach before you try reading the prologue over a meal. This is a comparable read to The Remedy, about the search for a cure to tuberculosis.

Now, I’ve still only read half of the longlisted titles so far, so it’s hard to make any solid guesses. However, the below fall somewhere between wishes and informed predictions:

Any predictions of your own to make?