Two very different but equally enjoyable selections for you this month:

American Wolf: A True Story of Survival and Obsession in the West by Nate Blakeslee

(Coming from Crown on the 17th) 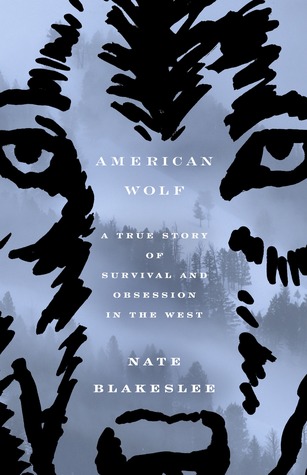 By the 1920s, wolves had almost been eradicated from the Lower 48 states. In 1995–6, though, two rival packs were brought in from Canada to repopulate Yellowstone National Park. Blakeslee gives a panoramic overview of the reintroduction project and the recurring clashes between hunters and biologists about whether wolves should be a protected species. He keeps his account relatable by focusing on particular family groups of wolves and bringing out the animals’ individual personalities.

One important wolf pack was the Druids, which “were like the Kennedys, American royalty.” O-Six, an alpha female of the third generation so named because she was born in 2006, is one of the main animal characters here, with two central human characters being Rick McIntyre, a long-time National Park Service ranger and wolf expert, and Steven Turnbull (an alias), an elk hunter from Crandall, Wyoming.

The 2011 federal budget snuck in a rider removing wolves from the endangered species list in Montana and Idaho. The same followed for Wyoming, heralding an open hunting season on wolves for the first time in 50 years. Though his sympathies are clear, Blakeslee doesn’t demonize those who killed Yellowstone wolves that strayed beyond the park boundaries. He also emphasizes that the battle over this species reflects a wider struggle “over public land—what it should be used for and who should have the right to decide.”

It’s especially interesting to read about the animals’ behavior: a wolf uncle hanging around to help raise the pups, O-Six fighting off grizzlies near her den, showdowns between packs, and pups hunting mice and ravens for fun.

With thanks to the publisher for the free review copy.

Love and Laughter in the Time of Chemotherapy by Manjusha Pawagi

(Coming from Second Story Press on the 10th) 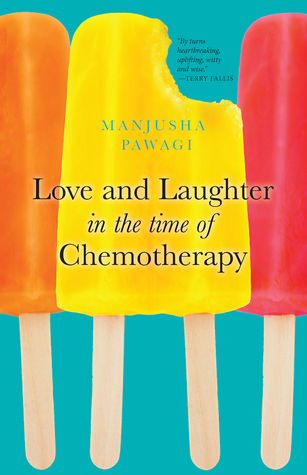 It’s a rare book that can wring both laughs and (mostly happy) tears out of a cancer ordeal. I read a lot of books about illness, death and dying – subjects I can appreciate aren’t for anyone. Nevertheless, I can heartily recommend this to you for the Everywoman perspective on the cancer experience and rebuilding life on the other side. Pawagi is a family court judge and mother of twin teenagers in Toronto. She was diagnosed with leukemia in April 2014, went through two intensive rounds of chemotherapy, and then had a stem cell transplant from a donor from the South Asian immigrant community six months later.

This is a warts-and-all account of the treatment process – if it hurt like hell, if she wept into her pillow at night, if she felt like crap, she says so. Though not entirely without self-pity, the book transforms such feelings through a wry, atheist’s “why not me?” approach. In the lovely last chapter, the author meets her donor, a young man in New York City, and his relatives two years after her transplant and realizes that she’s unwittingly acquired not just a blood brother but a whole new extended family.

They may be clichés but they’re completely true in this case: this is a heart-warming and life-affirming read, and with any luck will encourage more people to become blood and organ donors. (See also this interview with Pawagi from Foreword Reviews.)

“I want to wake up and be a judge again, not an overgrown diapered baby.”

“Hell is other people…in the hospital bed next to yours.”

I read an e-ARC via NetGalley.

I also won an advanced Goodreads giveaway copy of a novel that came out in the States in June and will be released in the UK by Borough Press on the 5th, but I’m not sure it’s one I’d wholeheartedly recommend… 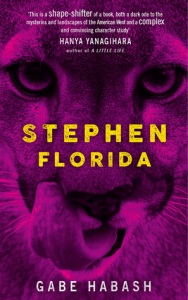 You might think of Stephen Florida as an heir to Alexander Portnoy and Holden Caulfield (“I guess I should describe myself. No, I don’t want to do that”). A senior at North Dakota’s Oregsburg College, he’s obsessed with becoming a champion wrestler for the 133 weight class. He’s a loner, and his every attempt at connection with others falters. Stephen acts and speaks like a crazed preacher, and the more he goes off the rails the harder it is to figure out exactly what’s going on and how much you can trust this narrator. This struck me as a very male story that doesn’t have the same crossover appeal as works by John Irving or Chad Harbach. I would have enjoyed a short story or novella about this character and his self-destructive single-mindedness, but spending a whole novel with him creeped me out. 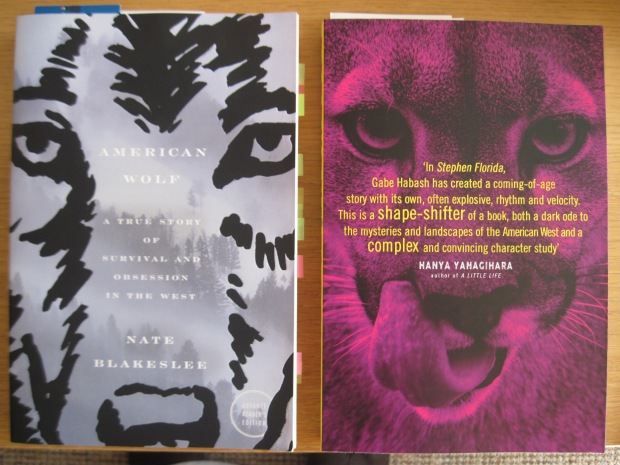 Two in-your-face carnivores were on my reading stack at the same time. What are the odds?!

What October books do you have on the docket? Have you already read any that you can recommend?