Some Accidental Thematic Overlaps in My Recent Reading

Five of the books I’ve read recently (most of them while traveling to and from the States) have shared an overarching theme of loss, with mental illness, alcoholism, suicide, and dogs as subsidiary topics running through two or more of them. I hadn’t deliberately chosen these books for their commonalities, so it was uncanny to see the same elements keep popping up. I wanted to come up with some kind of impressively complex Venn diagram to show off these unexpected connections but couldn’t quite manage it, so you’ll have to imagine it instead.

The Archivist by Martha Cooley

Matthias Lane is the archivist of the Mason Room, a university collection of rare books and literary papers. One of its treasures is a set of letters that passed between T.S. Eliot and his friend Emily Hale (held at Princeton in real life). Matt is haunted by memories of his late wife, Judith, a poet incarcerated in a mental hospital for over five years. A reckoning comes for Matt when he’s approached by Roberta Spire, a graduate student determined to view the Eliot–Hale letters even though they’re legally sealed until 2020. The more time Matt spends with Roberta, the more similarities start to arise between her and Judith; and between his situation and Eliot’s when the latter also put his wife away in a mental hospital. The novel asks what we owe the dead: whether we conform to their wishes or make our own decisions.

The Summer without Men by Siri Hustvedt

Thirty years on, poet Mia Fredricksen’s husband Boris asks her for a pause in their marriage so he can explore his feelings for his young French lab assistant. First things first: Mia goes crazy and ends up in a mental hospital for a short time. But then she sucks it up and goes back to her Minnesota hometown to teach poetry writing to teen girls for a summer, getting sucked into a bullying drama. This is a capable if not groundbreaking story of the shifts that occur in a long marriage and the strange things we all do as we face down the possibility of death. There are also wry comments about the unappreciated talents of the female artist. However, compared to the other two novels I’ve read from Hustvedt, this seemed feeble. Still, a quick and enjoyable enough read.

The Dogs of Babel by Carolyn Parkhurst

A delicious debut novel intellectual enough to bypass labels like ‘women’s fiction’ and ‘mystery’. One thing that sets it apart is how successfully Parkhurst writes from the perspective of a male narrator, Paul Iverson, who’s been knocked for six by the sudden death of his wife Lexy, a mask designer. While he was at the university where he teaches linguistics, she climbed to the top of the apple tree in their backyard and – what? fell? or jumped? The only ‘witness’ was their Rhodesian Ridgeback, Lorelei; in his grief Paul uses his sabbatical to research efforts to teach dogs to communicate, hoping one day Lorelei might tell all. Woven through are scenes from Paul and Lexy’s courtship and marriage; though Lexy occasionally struggled with her mental health, their dialogue is fun and zippy, like you might hear on The Gilmore Girls. 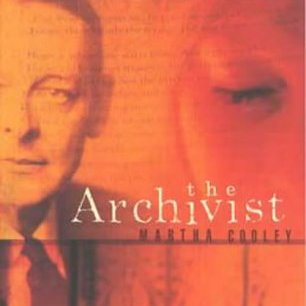 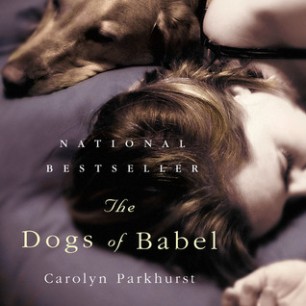 A classic memoir that conjures up all the sights, sounds, smells and feelings of Africa on the cusp of a colonial to postcolonial transition. Fuller’s family were struggling tobacco and cattle farmers in Rhodesia (Zimbabwe), Malawi and Zambia. She had absorbed the notion that white people were there to benevolently shepherd the natives, but came to question it when she met Africans for herself. While giving a sense of the continent’s political shifts, she mostly focuses on her own family: the four-person circus that was Bobo (that’s her), Van (older sister Vanessa), Dad, and Mum (an occasionally hospitalized manic-depressive alcoholic who lost three children) – not to mention an ever-changing menagerie of horses, dogs and other pets. This really takes you away to another place and time, as the best memoirs do, and the plentiful black-and-white photos are a great addition.

If you loved Ann Patchett’s Truth and Beauty, pick this up immediately. It’s a similar story of best friends: one who dies and one who survives. Caldwell’s best friend was Caroline Knapp (author of Drinking: A Love Story, among other nonfiction), whom she met via puppy ownership in Cambridge, Massachusetts. They were both single and childless, full-time authors with a history of alcoholism. Besides long walks with their dogs, they loved swimming and rowing together. In 2002 Caroline was diagnosed with stage-four lung cancer, inoperable and already metastasized. Despite all their proactive optimism, she was dead a matter of weeks later. In this moving and accessible short memoir, Caldwell drifts through her past, their friendship, Caroline’s illness, and the years of grief that followed the loss of Caroline and then her beloved Samoyed, Clementine, sharing what she learned about bereavement. 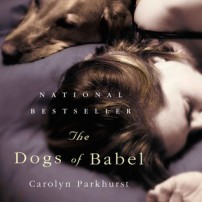 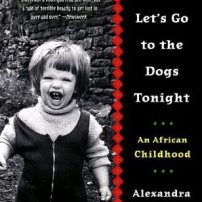 Do you ever find coincidental thematic connections in your reading?