Tomorrow the Man Booker Prize shortlist will be announced. I’d already read and reviewed four of the nominees (see my quick impressions here), and in the time since the longlist announcement I’ve managed to read another three and ruled out one more. Two were terrific; another was pretty good; the last I’ll never know because it’s clear to me I won’t read it.

What a terrific, propulsive tale Burnet has woven out of a real-life (I think) nineteenth-century Scottish murder case. The seams between fact and fiction are so subtle you might forget you’re reading a novel, but it’s clear the author has taken great care in assembling his “documents”: witness testimonies, medical reports, a psychologist’s assessment, trial records, and – the heart of the book and the most fascinating section – a memoir written by the murderer himself. As you’re reading it you believe Roddy implicitly and feel deeply for his humiliation (the meeting with the factor and the rejection by Flora are especially agonizing scenes), but as soon as you move on to the more ‘objective’ pieces you question how he depicted things. I went back and read parts of his account two or three times, wondering how his memories squared with the facts of the case. A great one for fans of Alias Grace, though I liked this much better. This is my favorite from the Booker longlist so far. 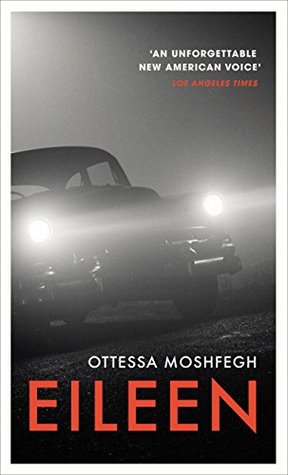 “I often felt there was something wired weird in my brain, a problem so complicated only a lobotomy could solve it—I’d need a whole new mind or a whole new life.” This isn’t so much a book to enjoy as one to endure. Being in Eileen’s mind is profoundly unsettling. She’s simultaneously fascinated and disgusted by bodies; she longs for her alcoholic father’s approval even as she wonders whether she could get away with killing him. They live a life apart in their rundown home in X-ville, New England, and Eileen can’t wait to get out by whatever means necessary. When Rebecca St. John joins the staff of the boys’ prison where Eileen works, she hopes this alluring woman will be her ticket out of town.

There’s a creepy Hitchcock flavor to parts of the novel (I imagined Eileen played by Patricia Hitchcock as in Strangers on a Train, with Rebecca as Gene Tierney in Laura), and a nice late twist – but Moshfegh sure makes you wait for it. In the meantime you have to put up with the tedium and squalor of Eileen’s daily life, and there’s no escape from her mind. This is one of those rare novels I would have preferred to be in the third person: it would allow the reader to come to his/her own conclusions about Eileen’s psychology, and would have created more suspense because Eileen’s hindsight wouldn’t result in such heavy foreshadowing. I expected suspense but actually found this fairly slow and somewhat short of gripping. 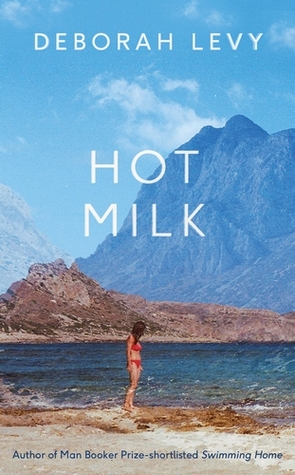 This is a most unusual mother–daughter story, set on the southern coast of Spain. Twenty-five-year-old Sofia Papastergiadis has put off her anthropology PhD to accompany her mother, Rose, on a sort of pilgrimage to Dr. Gómez’s clinic to assess what’s wrong with Rose’s legs. What I loved about this novel is the uncertainty about who each character really is. Is Rose an invalid or a first-class hypochondriac? Is Dr. Gómez a miracle worker or a quack who’s fleeced them out of 25,000 euros? As a narrator, Sofia pretends to objective anthropological observation but is just as confused by her actions as we are: she seems to deliberately court jellyfish stings, is simultaneously jealous and contemptuous of her Greek father’s young second wife, and sleeps with both Juan and Ingrid.

Levy imbues the novel’s relationships with psychological and mythological significance, especially the Medusa story. I don’t think the ending quite fits the tone, but overall this is a quick and worthwhile read. At the same time, it’s such an odd story that it will keep you thinking about the characters. A great entry I’d be happy to see make the shortlist.

[One I won’t be reading: The Schooldays of Jesus by J.M. Coetzee. I opened up the prequel, The Childhood of Jesus, and could only manage the first chapter. I quickly skimmed the rest but found it unutterably dull. It would take me a lot of secondary source reading to try to understand what was going on here allegorically, and it’s not made me look forward to trying more from Coetzee.]

As for the rest: I have All That Man Is by David Szalay and Serious Sweet by A.L. Kennedy on my Kindle and will probably read them whether or not they’re shortlisted. The same goes for Do Not Say We Have Nothing by Madeleine Thien, for which I’m third in a library hold queue. I’d still like to get hold of The Many by Wyl Menmuir. That leaves just Hystopia by David Means, which I can’t say I have much interest in.

I rarely feel like I have enough of a base of experience to make accurate predictions, but if I had to guess which six books would make it through tomorrow, I would pick:

The Schooldays of Jesus by J.M. Coetzee

The North Water by Ian McGuire

My Name Is Lucy Barton by Elizabeth Strout

Do Not Say We Have Nothing by Madeleine Thien

That would be three men and three women, and a pretty good mix of countries and genres. I’d be happy with that list.