It’s been a slow period for reviewing; I was mostly focusing on ongoing projects and year-end lists, and didn’t take the time to review a lot of the books I borrowed from libraries while in the States visiting family. Enjoy the respite! And I promise more productivity next month. There’s a rating (below each description) and a taster so you can decide whether to read more. 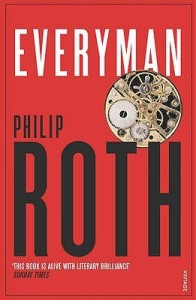 Everyman by Philip Roth: It has now been about three years since Philip Roth, then 79, famously announced his retirement from fiction writing. In a look back over Roth’s career—spanning half a century and 30 books—Everyman (2006) might fade into the background, especially given the book’s novella length. But to overlook it would be a mistake: This is a near-perfect fable about the life we build through decades of small choices and the death that is always lying in wait, whether we feel ready or not.

(Have a look around at the great work this publisher does in highlighting the American Jewish Experience; for instance, they released Safekeeping by Jessamyn Hope, which I loved this past summer.) 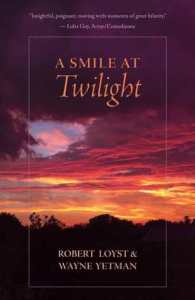 A Smile at Twilight by Robert Loyst and Wayne Yetman: Loyst gives a candid account of the joys and difficulties of helping to care for Poppy, an Alzheimer’s patient he met through a Toronto-based “Seniors Helping Seniors” organization. It’s an appealing “opposites attract”/“odd couple” scenario: Poppy was a perfectionist with a foul mouth and a withering glare of disapproval, while Loyst describes himself as “more of a take-it-as-it-comes type of guy.” Those who have family members or friends struggling with dementia will probably benefit most from the memoir, but readers of Still Alice might enjoy trying a real-life story.

I also post reviews of most of my casual reading and skimming on Goodreads.

My Name is Lucy Barton

by Elizabeth Strout: Lucy Barton is in the hospital for nine weeks following an appendectomy. The novel zeroes in on the five days her mother comes to stay by her bedside, a pinnacle in their often difficult relationship. For a short book, this packs a lot in: an artist’s development, the course of a marriage, poverty and class distinctions. Lucy grew up in rural Illinois, where words like “cheap” and “trash” could easily have been applied to her family. I read this in one sitting on a plane ride and found it to be a powerful portrayal of the small connections that stand out in a life. 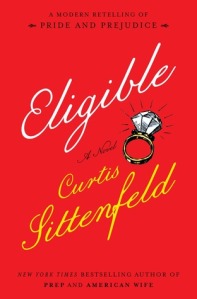 Eligible: A modern retelling of Pride and Prejudice by Curtis Sittenfeld: Pride and Prejudice transplanted to Cincinnati in 2013? That might sound like a stretch, but Sittenfeld pretty much pulls it off. The characters and underlying plot are virtually identical to the original, with just a few tweaks here and there. What Sittenfeld does update are the particular scenes and situations, as well as the cultural norms and sexual practices. My main problem is how slavishly Sittenfeld replicates Austen’s third-person voice and vocabulary. Sittenfeld is the queen of first-person female narration; this is the first time in my memory that she has attempted an omniscient voice. To me it felt like the book was crying out to be told from Lizzy’s perspective. Releases April 19th.